After a 70-52 victory on Feb. 5, the Gophers face Wisconsin again on Sunday looking to sweep the season series for the first time since 2009. 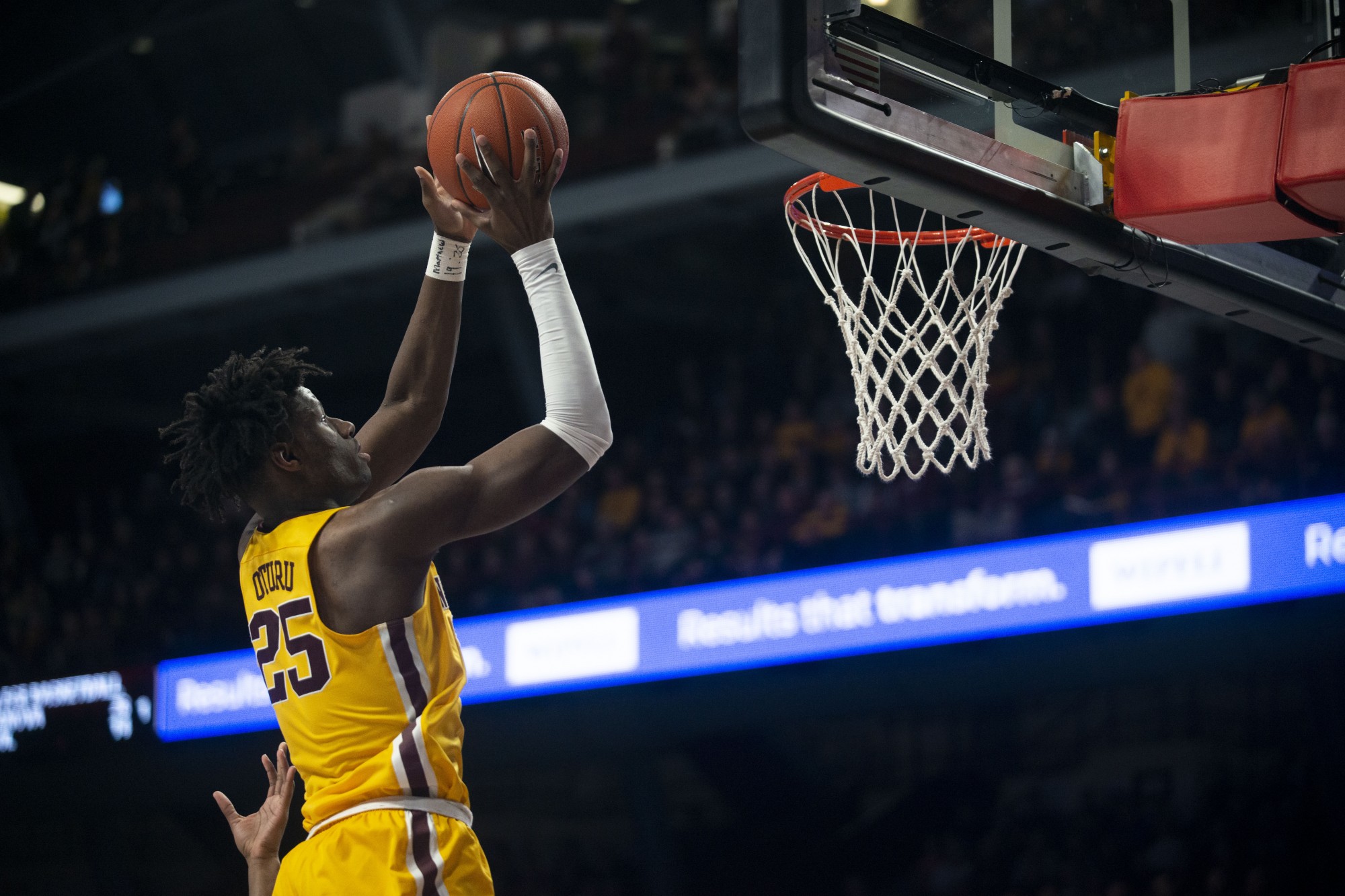 Barring an improbable win streak, it appears the Gophers’ chances of qualifying for the NCAA Tournament are now slim. That does not mean they won’t have plenty to play for on Sunday when they travel east to play Wisconsin.

The Badgers have dominated the series in recent years, winning 12 of 14 matchups between the 2011-12 and 2017-18 season. However, Minnesota has taken two of the past three meetings, including a 70-52 victory on Feb. 5. It was the Gophers’ first victory over Wisconsin at The Barn since 2014, a victory head coach Richard Pitino says was for the fans.

“It’s great to win here,” Pitino said after the game. “This rivalry means so much to our fans and for our home state. When you play in The Barn, it has to be a special experience.”

Sunday’s ‘Border Battle’ will take place at the Kohl Center in Madison, Wisconsin, but will still feature plenty of Minnesota intrigue. With five players from the Twin Cities metro area, Wisconsin actually has as many Minnesota natives on its roster as the Gophers.

The trend of Wisconsin signing players from the Twin Cities is set to continue as the Badgers currently have a pair of commits from Minnesota signed to their 2020 recruiting class. The presence of players familiar with one another on the other side of the court is something that looks set to energize the rivalry in the years to come.

“Especially being from Minnesota, you always want to be able to beat Wisconsin,” said sophomore Daniel Oturu. “You want to go out there and give the best effort you can.”

Many of the Badgers’ current Minnesota natives are key contributors. One such player is junior Brad Davison of Maple Grove, an alumnus of Howard Pulley, the same AUU program with which Oturu and fellow sophomores Gabe Kalscheur and Jarvis Omersa played.

Davison has been a polarizing figure in college basketball. In the last meeting against Minnesota, he was fresh off a one-game suspension for a flagrant foul he committed against Iowa. Though Davison is not popular among Gophers fans, Pitino counts himself among his admirers.

“Brad is a good kid,” Pitino said. “I got to know him a little bit recruiting, he comes from a good family, so it’s not personal. Our guys are friends with him. There are a lot bigger villains in this world than Brad Davison.”

Two other significant Minnesotans on Wisconsin are junior Nate Reuvers and freshman Tyler Wahl, who both attended Lakeville North High School. Oturu recalled competing against Reuvers and Wahl when he attended Cretin-Derham Hall, saying the games were always competitive.

“They were really good games. Nate and Tyler are both really good players and both are from here so it’s exciting to play against a couple other Minnesotans,” he said.

Following the victory in February, Oturu said he treated the meeting like he would any other game. Immediately, redshirt junior Payton Willis suggested the game meant more to Oturu than the Woodbury native was willing to admit.

With so many personal connections between the teams, the Gophers can do more than keep any hope of an NCAA Tournament berth alive with a victory. They can also secure bragging rights by sweeping Wisconsin for the first time since 2009.