A six-month moratorium failed, and more development has been proposed. 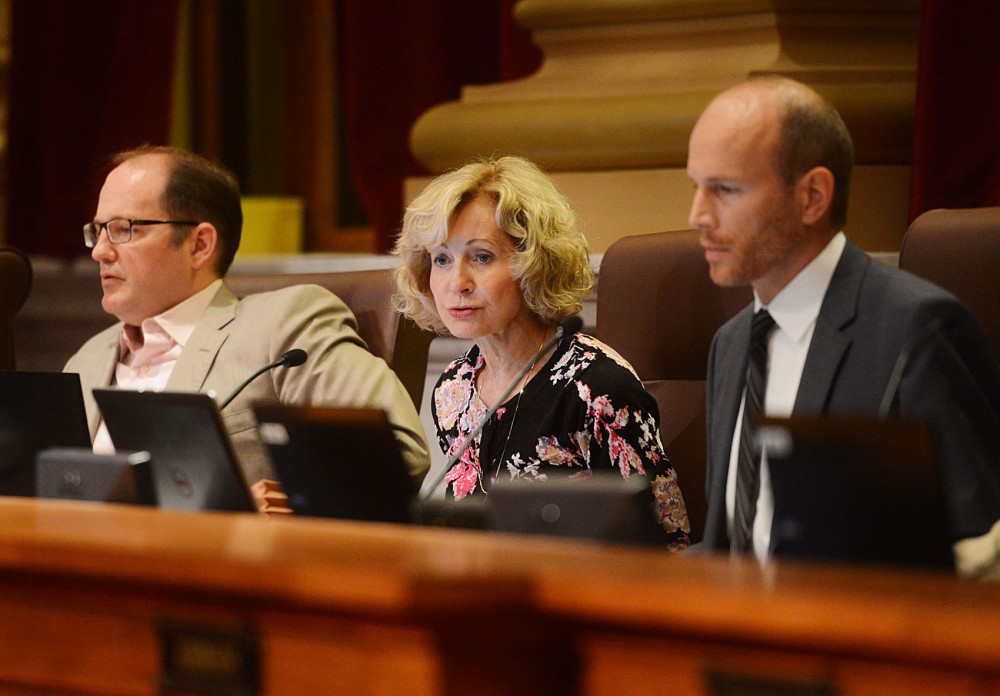 A measure to halt Dinkytown development failed Friday, as Doran Companies has proposed another apartment complex that could oust Mesa Pizza and other businesses.

Minneapolis City Council voted 6-6 on a six-month development moratorium that would’ve prevented any development in a four-block area of Dinkytown. Procedurally, a tie vote fails.

Doran Companies can now continue planning its six-story, mixed-use apartment complex for the heart of Dinkytown. The company presented its proposal to the Minneapolis City Planning Commission Thursday.

The development is projected to break ground in 2014, Doran Companies CEO and owner Kelly Doran said. If approved, the project could replace a large parking lot and several businesses.

The moratorium would’ve blocked development between 13th and 15th avenues southeast and between 5th Street Southeast and University Avenue Southeast.

Third Ward Councilwoman Diane Hofstede said she proposed the moratorium to call a “timeout” and give both the Dinkytown Business Association and the Marcy-Holmes Neighborhood Association time to finish their respective area plans.

“[The decision] is disappointing, but it’s not surprising,” she said.

Ninth Ward Councilman Gary Schiff spoke out against the moratorium during the meeting, saying it unfairly targeted the Doran project. The Dinkytown Business Association’s plan covers 10 city blocks, Schiff said, and the moratorium would only stop development in the four blocks where Doran’s project is the only one proposed.

“That puts politics ahead of planning,” he said.

Schiff, who chairs the city Zoning and Planning Committee, said he expects both a final draft of the small area plan and Doran’s land use application in the next 30 days.

Immediately after the moratorium vote, MHNA President Cordelia Pierson  met with Doran outside the council chambers.

“He knows that the quality of life in our neighborhood is extremely important for the success of his developments,” Pearson said.

Pierson said the community will be watching Doran closely after such a close vote. Doran Companies currently has six apartment complexes open or under construction near campus: Sydney Hall, Dinkydome, 412 Lofts, The Edge on Oak, The Knoll and The Bridges.

“Development is not necessarily bad,” Doran said. “It can also complement what is already happening.”

While the MHNA is willing to work with developers, Pierson said they’ll have a hard time getting residents involved in the area’s planning without a moratorium in place.

“Why is their involvement important if they just feel like things are going to be approved by City Hall without citizen opinion?” she said.

Doran’s proposal came after the City Council approved another controversial Dinkytown development despite a committee vote against it.

Proposed by Opus Group, the project has displaced The Book House and House of Hanson. Book House owner Kristen Eide-Tollefson said her worst fears were realized Thursday when plans surfaced for the Doran complex on the same city block.

“This is going to determine the fate of Dinkytown,” Eide-Tollefson said. “I think it is most unfortunate.”

Alex Cherucheril, a University finance major who lives in Dinkytown, said a variety of developers should build in the area, making it harder to fix prices.

Sophomore Annika Bjerkness said she enjoys Dinkytown’s current “ambiance,” but said the Doran project could be beneficial to the
University.

“I like a lot of the stores here, so I’d be mad if some of them left,” Bjerkness said. “Then again, I understand the other side where the school is growing and more people need a place to stay.”

Doran said he’d like displaced businesses to return to the building’s planned commercial space if they want to. The new building wouldn’t necessarily mean higher rent for retail tenants, he said.

“It may end up in dollar terms being the same,” Doran said. “But it may be different in shape and size.”

Doran cited Erbert and Gerbert’s as an example. The construction of Doran Companies’ Sydney Hall temporarily moved the business, but it returned to “less than market rent,” Doran said.

Camdi has been at its current location for 26 years and would like to stay, said co-owner Camdi Phan.

“We do not know what we would do if the property is sold,” Phan said. “If we have to leave, it would be heartbreaking.”