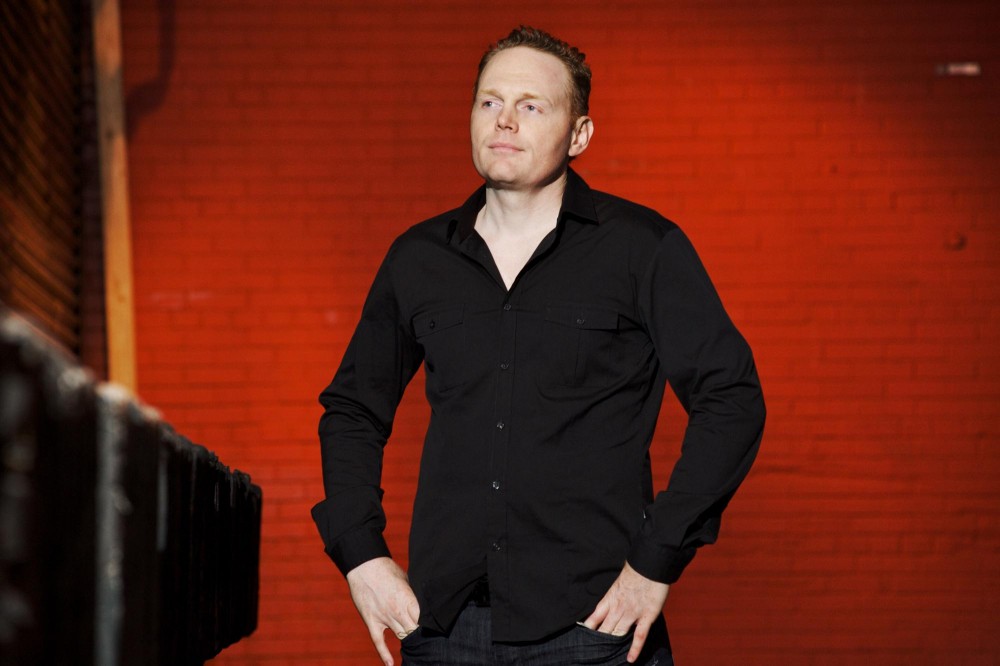 WHAT: Bill Burr: You People Are All the Same

Bill Burr takes no prisoners. Pot shots at women, religion, gays and, well, anything else that is offensive fill his repertoire. ItâÄôs earned him success, too.

He recently filmed his second hour-long special on Comedy Central, âÄúBill Burr: Let It Go,âÄù along with a pilot for his own series. The 18-year veteran of the comedy scene is now making his way to Minneapolis.

A&E got a chance to talk to Burr about comedy taboos, Bill OâÄôReilly and never giving up.

Tell me about the latest one-hour special on Comedy Central.

ItâÄôs my best work to date. My favorite special that IâÄôve done. We shot it at the Fillmore in San Francisco. It was one of those nights where everything went great. It pretty much accomplished everything that I wanted to accomplish.

Do you mentally prepare differently for a one-hour special versus something that is more short form?

And with the Internet these days, if you kill on one of those late-night talk shows, nobody will really see it except for die-hard fans, but if you eat your balls, like, itâÄôll get a million hits. All they need to write is âÄústandup fail.âÄù

Any press is good press though, right?

Not that kind of press, no. ThatâÄôs 99 percent true, but not this time. You eating your balls on TV is not going to make people want to buy tickets to your show. People will be saying your name, but IâÄôd rather be unknown than having people talking about how I bombed.

What topics will you be covering on this tour?

IâÄôm sort of talking about my life âÄî a lot of topical stuff lately. I definitely want to talk about Bill OâÄôReilly taking over âÄúThe View.âÄù IâÄôm not a fan of his politics, but it was four on one and he got two of them to leave. I was hoping the other two would storm off and then he would start doing âÄúThe OâÄôReilly Factor.âÄù

I donâÄôt get why you would walk off your own show. That was classic âÄúIâÄôm taking my balls and going home.âÄù It was kind of embarrassing, because it was two comedians that did it and comedians arenâÄôt supposed to quit. It was a victory for guys, though. As a guy watching four women yell at a guy, and he somehow wins, that was pretty inspirational.

You said that as a comedian youâÄôre not supposed to quit, is that a standard rule?

ItâÄôs comedy in general. ItâÄôs a level of commitment that you have to have when youâÄôre on stage or itâÄôs not going to work. ItâÄôs one of those deals where if itâÄôs not working you canâÄôt even flinch. Not only do you not flinch, you go even harder and you never let them win. You never let the crowd win. But if you get up there and start attacking the crowd because youâÄôre bombing, thatâÄôs because you didnâÄôt do the work beforehand. I would never walk off stage though.

Have you ever seen that video of Michael Showalter walking off at the Pitchfork Music Festival?

I have to admit I love watching performers just snap. I saw one of Nickelback on stage and people were just throwing [expletive] at them, and it just comes to the point, like, really are you supposed to stand there and get [expletive] thrown at you? Those people fascinate me.

We all get into this business because you want to get famous and have everyone love you. IâÄôm fascinated by those people who get famous and then get treated worse than they did by the football players in high school.

ItâÄôs like, âÄúHow do you mentally handle that?âÄù ItâÄôs like, âÄúI got the [expletive] kicked out of me in school, which probably created a void, so now I become a star and people are still throwing [expletive] at me.âÄù I think IâÄôd be like, âÄúIâÄôm the most unlikeable person on the planet.âÄù

You take a lot of shots at women and religion.

I like to annoy people. Making fun of women onstage is an easy way to annoy people. IâÄôm sort of fascinated with commercials right now. If thereâÄôs a man and a woman and someoneâÄôs made to look stupid, itâÄôs the guy. Like those Corona commercials. I donâÄôt understand the message of those. Are they saying guys are morons? Any group that I feel is being pandered to, I kind of go off on.