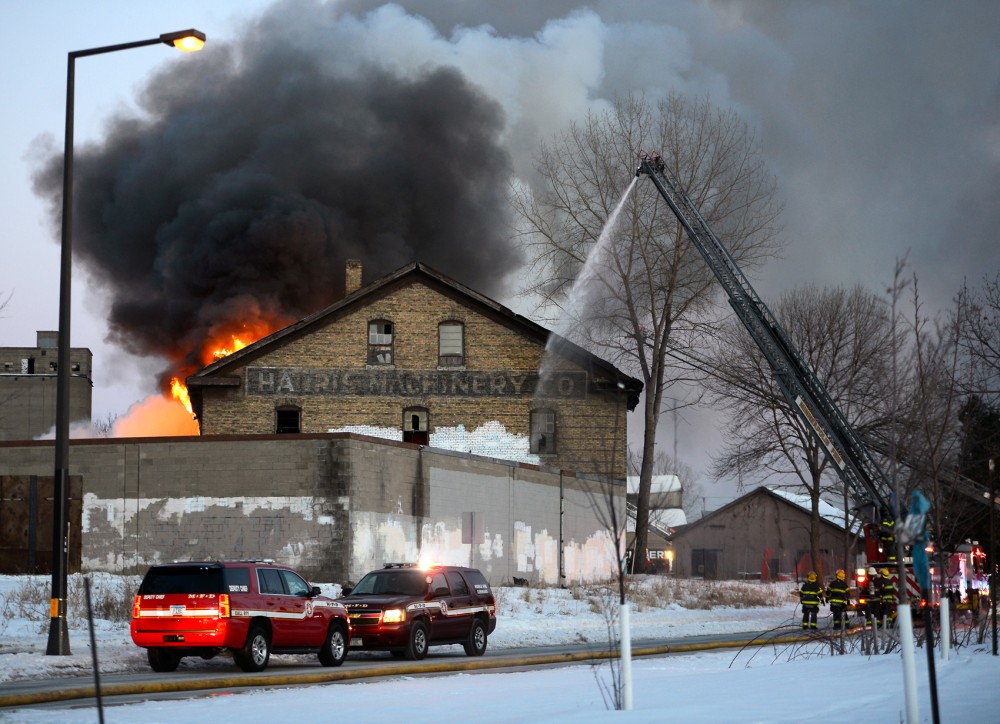 Firefighters work to douse a fire which broke out at the abandoned Harris Machinery Co. warehouses near Prospect Park Sunday evening.

by Daily Staff
A fire broke out at the Harris Machinery Company building on Sunday, prompting responses from about a dozen emergency vehicles.
Jimmy Pfeffer, an Augsburg College freshman, said he called the fire department about the Prospect Park blaze.
Pfeffer said he was taking pictures for a class project when he noticed the flames, which led to him making the phone call at 4:30 p.m.
Pfeffer said the fire started in the eastern side of the building but started to spread over the course of an hour.
Adam Dullinger, a University of Minnesota student, said the flames coming off the building were about 10 feet high.
Delete Image
Align Left
Align Center
Align Right
Align Left
Align Center
Delete Heading