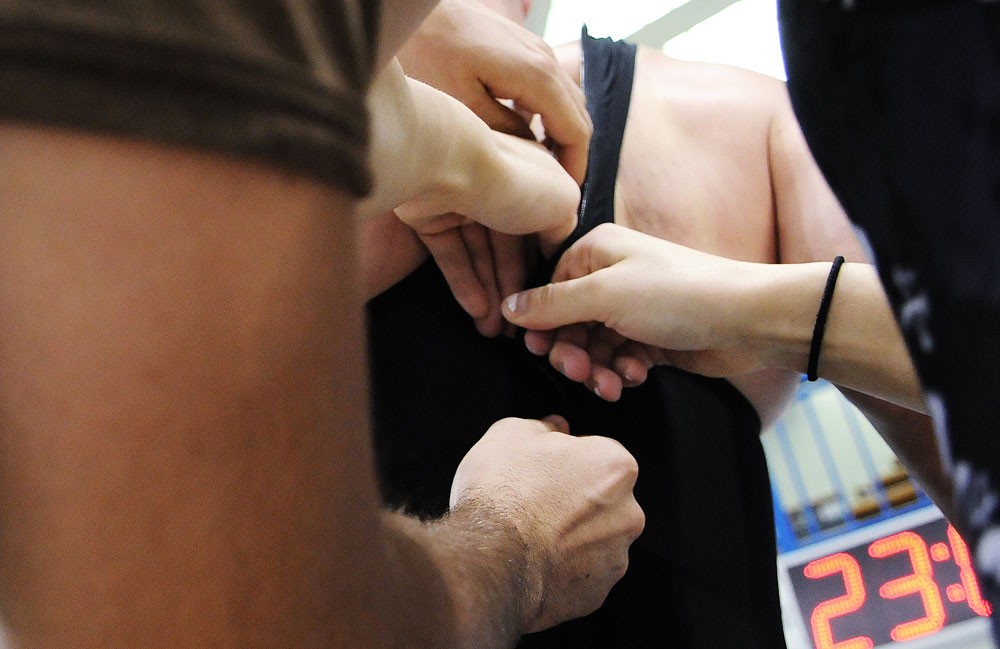 Keep an eye on Gophers swimming records; some might be shattered this season. New swimsuits, including the Speedo LZR Racer used by U.S. swimmer Michael Phelps and many other Olympians, are now allowed in collegiate competition. The NCAA MenâÄôs and WomenâÄôs Swimming and Diving Committee reversed its earlier decision to ban the use of new-technology swimsuits because they were not commercially available to everyone. In a memo sent to coaches, the committee said they did not have any scientific evidence that the swimsuits provide illegal advantages. FINA, the international governing body of swimming , approved the suits. According to Speedo , 94 percent of gold medals at the Olympics were won by swimmers wearing the Speedo LZR Racer. Phil Whitten, executive director of the College Swim Coaches Association of America , said smaller programs will feel the pain âÄî schools with limited budgets, particularly in Divisions II and III , will be impacted the most. One of the full-body suits costs about $500, according to Speedo.com.

Budgeting wonâÄôt be an issue for University swimmers, however, who will be sporting the new-technology swimsuits this season. Gophers menâÄôs swimming and diving assistant coach Bill Tramel said itâÄôs unfortunate that some programs will not be able to buy the suits, but suggested they cut costs in other areas of their budget. âÄúThe NCAA is doing the right thing because now every team will be allowed to wear the suits and it creates a level playing field,âÄù Tramel said. Tramel said they are extremely fortunate that the athletic program provides funding for âÄútop-of-the-lineâÄù gear that helps the team succeed. Senior swimmer Steve Miller broke the UniversityâÄôs record in the 100-meter freestyle at the 2008 U.S. Open this summer. He was wearing the LZR. âÄúItâÄôs an incredible suit,âÄù Miller said. âÄúYou definitely feel like a rocket when you push off the wall, but I think itâÄôs being played up more than it is.âÄù Aside from the LZR, there are similar suit designs on the market, including the Nike Swift , Tyr Tracer, and the Blue Seventy Nero , but Miller is sticking with Speedo. Miller said heâÄôs tried the other suits, but will continue wearing the Speedo even though it takes a long time to suit up. It makes him go faster than any other suit because it has less drag and more buoyancy, he said. However, it only played a minimal part in his performance, Miller said. âÄúI felt like it was me pushing those times, because everybody else had the suits on too,âÄù he said. Nike Drops Out Nike announced its withdrawal from the competitive swimwear market on Monday, but will still provide the latest Nike Swift swimsuits to colleges around the country. Nike spokesman Dean Stoyer said the Speedo LZR swimsuits had no effect on the companyâÄôs decision. âÄúNikeâÄôs decision was business-based, centered around long-term financial goals that the company announced nearly two years ago of reaching $23 billion by 2011,âÄù Stoyer said. The University and Nike reached a seven-year brand agreement in July 2007 for $8.5 million plus bonuses for post-season appearances , but Nike will allow the University swimmers to wear different brands of swimsuits during the 2008-2009 season without penalty, Stoyer said.