Minnesota capitalized on three Illinois turnovers for three scores in the game. 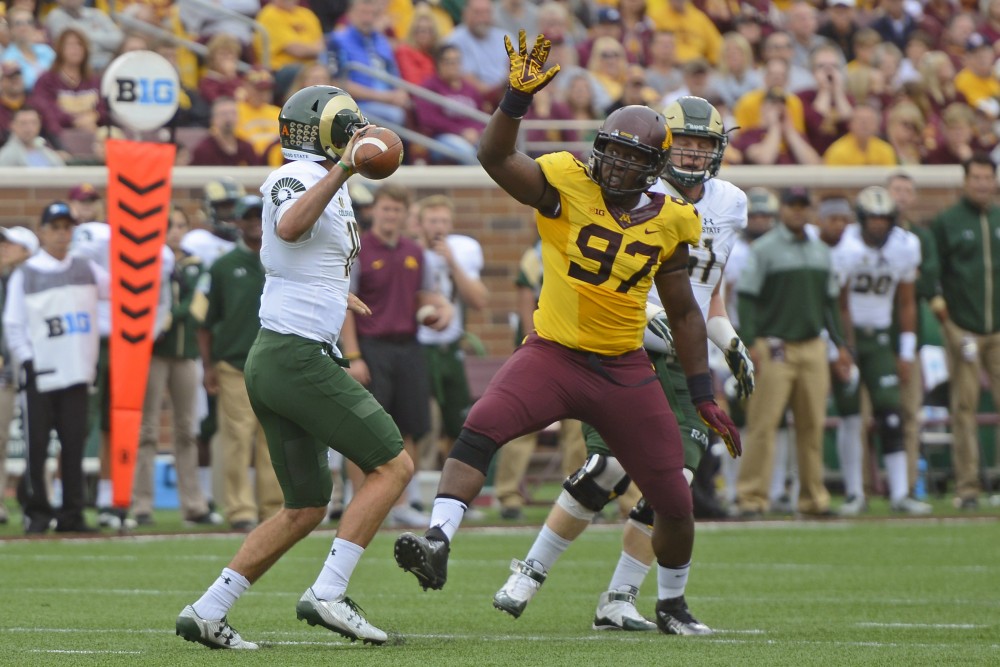 The Fighting Illini let Saturday’s game against the Gophers slip from their grasp after Minnesota capitalized on several Illinois red zone mistakes.

The Gophers scored three times after recovering two Illinois fumbles and a muffed punt to earn the 40-17 victory.

Minnesota punted the ball to start the game and got the ball back after Illinois’ first play when quarterback Jeff George Jr. fumbled the snap.Redshirt senior Scott Ekpe recovered the ball on the Illinois 9-yard line.

The Gophers opened the scoring on the next play when sophomore Shannon Brooks ran in for the 9-yard touchdown.

The Fighting Illini got a stop on the Gophers’ first drive and redshirt junior Ryan Santoso punted the ball.

Illinois junior Darius Mosely muffed the punt to give Minnesota the ball on the Fighting Illini’s 20 yard-line.

The Gophers had their second one-play drive of the game in the first quarter. Redshirt sophomore Rodney Smith rushed for a 20-yard touchdown to give Minnesota the 14-7 lead.

“For offense, well as a whole team, it’s great,” Smith said. “Especially when you have a short field, trying to capitalize … it puts the opposing defense in a tough spot, and like I said, in the red zone we feel like we can score every time we get down there.”

A fourth-quarter drive by Illinois saw senior Hank Ekpe sack George Jr., forcing the ball loose. Scott Ekpe recovered the ball and Minnesota’s next drive led to a field goal as the team extended its lead to 19 points.

“Keep the foot on the gas,” said redshirt senior Mitch Leidner. “[The] second you get a turnover, whether it’s you try to make a big play right away or go down the field and score, we definitely want to capitalize on those opportunities.”

Part of Minnesota’s offensive success from defensive plays can be contributed to its red zone efficiency. The Gophers scored every time they reached the red zone. Red zone efficiency is something the team practices a lot, Smith said.

“Every Tuesday, we do red zone offense live against our defense. It’s a mindset,” Smith said. “We try to be as physical as we can … It’s definitely a mindset, something that we practice.”

While Illinois had five fumbles, with three recovered by Minnesota, the Gophers didn’t turn the ball over..

“There’s two things we emphasize: when you get a turnover, get points off it, and if you score a touchdown, you try to get a three-and-out,” Claeys said. “There’s nothing worse on offense than your defense just gives up a touchdown and you go three-and-out. We were able to do that, I think, twice in second half.”