The Beavers are the only team to take the Gophers to overtime this season. 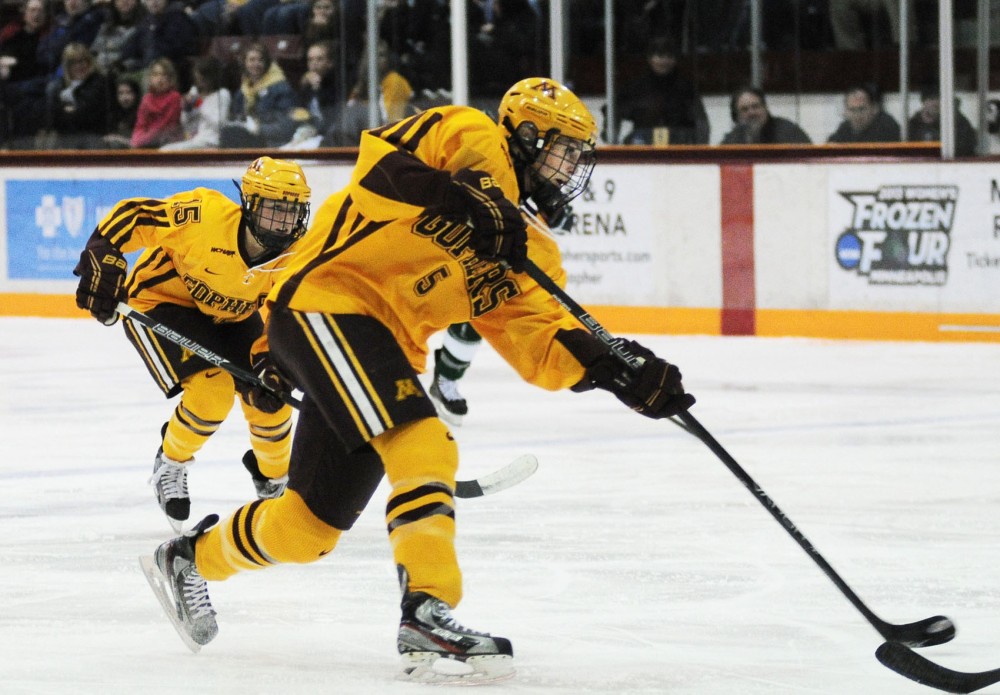 The Gophers women’s hockey team will enter this weekend’s first round of the Western Collegiate Hockey Association playoffs as the first team in NCAA history with a perfect regular season and a 42-game winning streak.

And while Minnesota is the heavy favorite over Bemidji State, the conference’s last-place finisher, the Beavers have one edge on the No. 1 team.

Two weeks ago, Bemidji State became the only team this season to take Minnesota to overtime before losing 3-2.

“We feel more confident knowing that we could take them to overtime,” Bemidji State freshman forward Kaitlyn Tougas said.

Tougas scored both of the Beavers’ goals that game, but according to Bemidji State head coach Steve Sertich, the real impact came from his team’s defense.

He said senior goaltender Jessica Havel had a “Hollywood movie” game, and senior defender Erika Wheelhouse proved she was the best collegiate shot-blocker in the country.

Havel saved 41 shots while her defenders blocked nearly as many.

Sertich said he doesn’t plan to change the team’s strategy for the playoffs.

“We typically have to [be defensive],” Sertich said. “That’s been kind of been our mantra for a number of years.”

“We just have to find ways to get pucks through,” Frost said. “They’re literally looking to block the shot. … It’s going to be really hard for any beautiful goals.”

Sertich said the Gophers’ depth of talent makes them a tough opponent.

Sertich said his players played with passion and energy in the overtime game and will need to play hard again to keep the playoff games close.

While Bemidji State is the underdog in this David and Goliath matchup, Ramsey said the Gophers know how uncertain the playoffs can be.

“We’re only guaranteed these next two games,” Ramsey said. “So that’s kind of crazy to think about.”