The University of Minnesota claims it did not violate conservative groups' free speech rights in a motion filed last month. 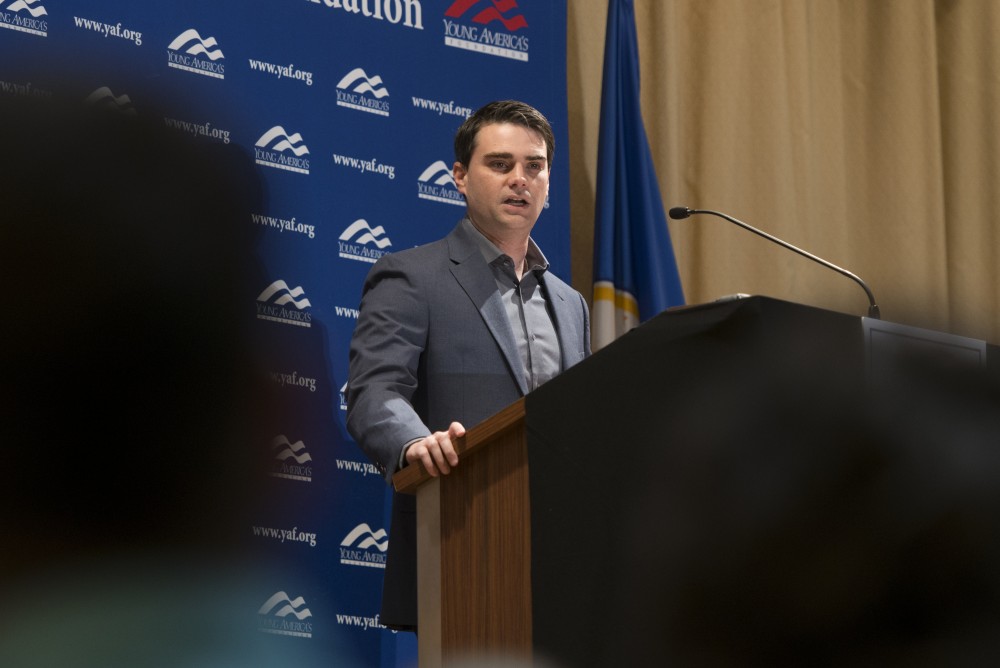 Conservative commentator Ben Shapiro speaks in the Northstar Ballroom of the St. Paul Student Center on Monday, Feb. 26. The speech drew a crowd of dozens of protestors in opposition to Shapiro's presence on campus.

The University of Minnesota filed a motion late last month to dismiss a lawsuit that alleges the school discriminated against conservative views when hosting speaker Ben Shapiro in February.

The lawsuit filed by conservative nonprofit Young America’s Foundation, Shapiro and student group Students for a Conservative Voice states that hosting Shapiro on the University’s St. Paul campus limited how many students could attend and violated the school’s First Amendment obligations.

In the motion, filed Aug. 22, the University states the North Star Ballroom in St. Paul was chosen for security reasons with the consent of SCV.

The University argues it did not violate the plaintiff’s free speech rights because the decision was based on security concerns SCV initially raised when submitting a venue request.

“The Constitution does not guarantee a right to host an event in a particular venue,” the motion states.

The University also argues that campus buildings are limited public forums where speech restrictions are appropriate as long as they are reasonable and viewpoint neutral. The University complied by working with SCV, adding extra seating and livestreaming the speech, the motion states.

The motion also maintains that the plaintiffs do not prove injury.

The conservative groups, however, claim that limiting the attendance caused injury to the larger campus climate.

“When the University takes action like this to censor or treat conservatives disparately, it has a chilling effect on free speech on that campus,” said YAF spokesperson Spencer Brown.

The University of California, Berkeley filed a similar motion last spring after a YAF lawsuit claimed the university discriminated against conservative speakers including Ann Coulter and Milo Yiannopoulos. A federal judge rejected the university’s dismissal and the lawsuit moved forward.

“Berkley did it and lost. Minnesota did it and we believe they’ll lose on that point as well,” Brown said.