Claeys ended his stint as Minnesota's head coach with a Holiday Bowl win against Washington State, his new team. 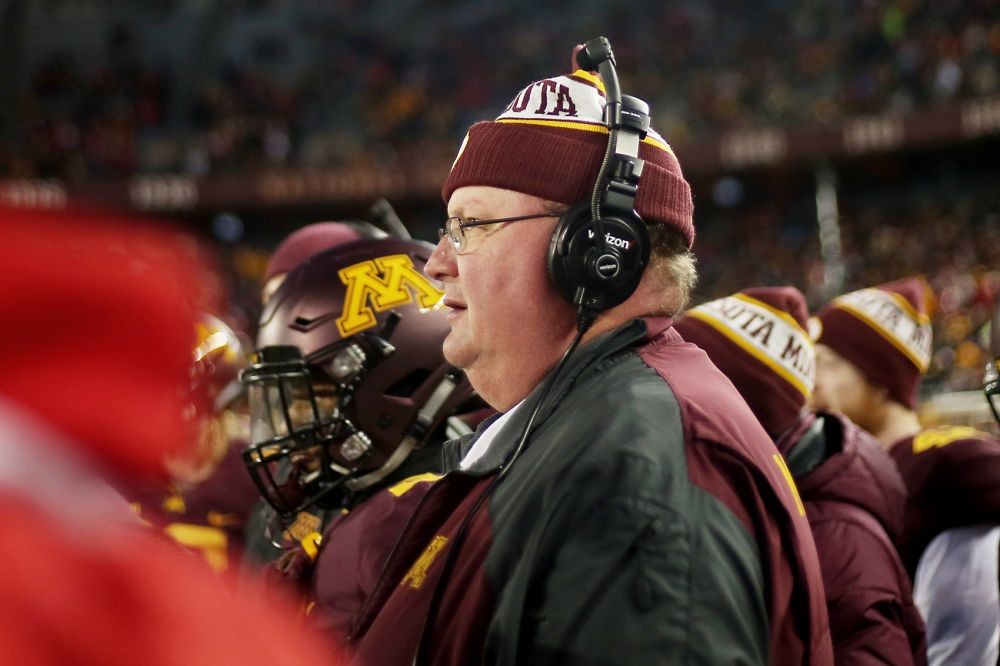 Head coach Tracy Claeys watches the Gophers play their last game of the 2015 season against the University of Wisconsin- Madison on Saturday, where the team lost 31-21 at TCF Bank Stadium.

He signed a two-year contract with the Cougars, according to the Star Tribune, after taking a year off coaching in the 2017 season.

At the end of the 2016 season, athletics director Mark Coyle fired Claeys following a player boycott. The boycott was in protest to the suspension of 10 Minnesota players for sexual assault allegations. Shortly after Claeys was fired, P.J. Fleck was named the new head coach.

Claeys was the defensive coordinator for the Gophers from 2011 to 2015 before becoming the interim head coach during the 2015 season, after former head coach Jerry Kill stepped down due to health problems. Claeys was then named head coach in the 2016 season, where he led the Gophers to a 9-5 record.

Claeys’ last game coaching was in the Holiday Bowl in Dec. 2016 against Washington State, where the Gophers won 17-12.

Joe Christensen of the Star Tribune was first with the report.