Both teams had standout performances over the weekend that included international meet qualifications and career-bests. 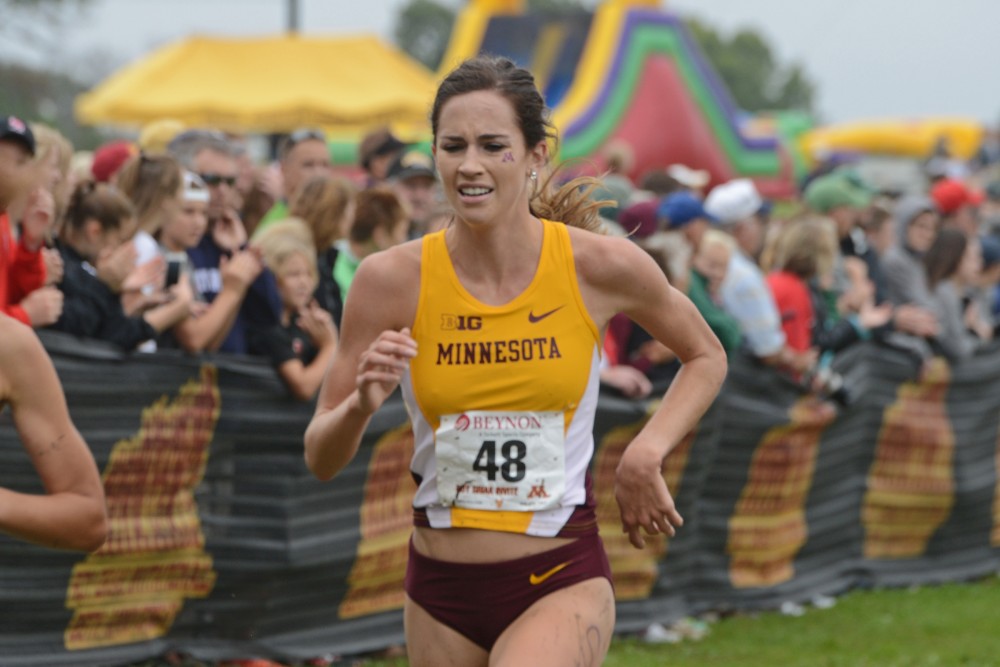 The Minnesota women’s track and field team traveled to South Bend, Indiana to compete at the Meyo Invitational over the weekend and came home with 10 top-10 finishes and 13 career-best showings.

Redshirt junior Madeline Strandemo claimed the eighth place spot in the mile to earn her the second-fastest time in Minnesota history. The time was also a career-best for Strandemo.

“I’ve been training really well these past few weeks, but I think it’s important to be in a heat like that where even if you beat one person you’re probably going to PR just because it was so competitive,” Strandemo said. “I was just really excited for the opportunity.”

“I thought it was a pretty good weekend. We’ve got some consistency,” director of track and field Matt Bingle said. “We’ve got some improvement to do over the next few weeks but everybody is training well and we’re in the right spot to do those things.”

The 5,000-meter run was also a strong event for the Gophers. The Gophers had six athletes run career-best times.

“This weekend was super competitive and some people really rose up to the occasion and took another step,” Bingle said. “That’s what we’re trying to learn, just how to compete and do your best in a very competitive environment.”

Redshirt freshman Lexi Kiefer led the team in pole vault at 3.75 meters to earn her fifth place in the unseeded section.

Sophomore Shanique Wright led the Gophers in the triple jump at 12.34 meters to place sixth out of 34 and redshirt senior Cami Gilson cleared 3.9 meters in the pole vault to tie for ninth place.

The men’s team sent three true freshmen to the USATF Cross Country Championships over the weekend.

Freshman Hamza Ali placed third in the 8k race with a time of 26:14.5 to qualify for the IAAF World Cross Country Championships in Uganda next month.

The Gopher women’s team will split three ways next weekend to head to the Iowa State Classic, the Music City Challenge, and the University of St. Thomas Showcase.

The men’s team will split as well to compete in the Iowa State Classic and the UST Showcase.

“I think that just coming off a big weekend like this just makes me even more excited to race again,” Strandemo said. “I hope to use it in a positive way and just stay focused and level-headed.”