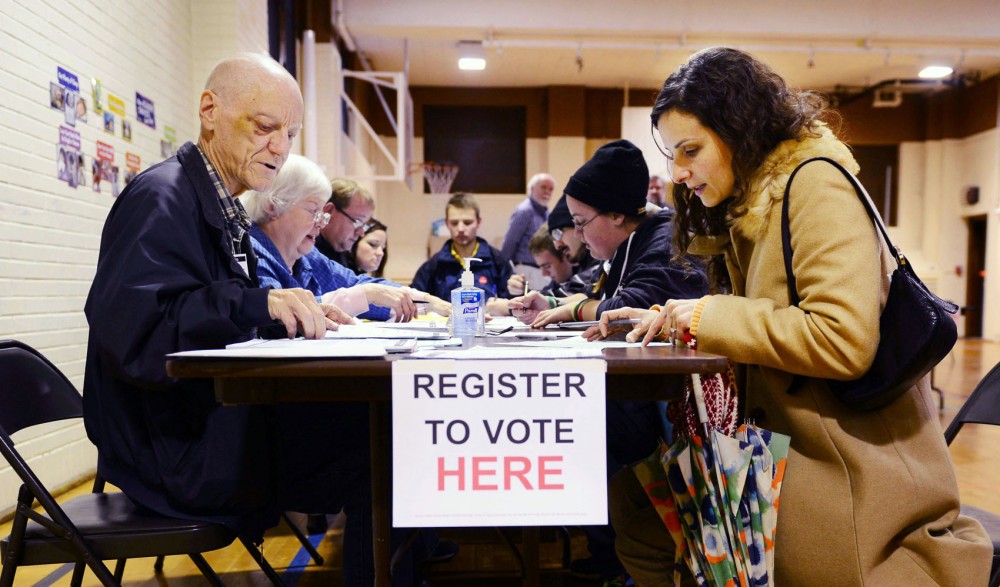 The desire for election reform didn’t die last Tuesday when Minnesotans voted down the proposed voter ID amendment — it just hit a wall.

Throughout the campaign against the amendment, opponents told voters to send it back to the Legislature.

“I haven’t changed my belief in the need for photo ID,” Kiffmeyer said. “So I want to hear from the governor now what he means by ‘let’s fix it.’”

The Republican-controlled Legislature of the past two years initially passed a bill that would’ve required photo identification to vote, but Dayton vetoed it.

Then the Legislature put the question to the voters through a constitutional amendment on November’s ballot.

The amendment saw 80 percent approval in 2011 polls, but the measure failed with only 46 percent of voter support on Election Day.

Kiffmeyer said voters rejected the amendment after hearing the governor say they should send it back to the Legislature and have them fix it.

“But on the concept of photo ID, they’re with us, just as strong as they were before,” she said.

Dan McGrath, executive director of Minnesota Majority, the main proponent of voter ID, said he will continue pushing for changes in the election system.

“We’re going to try to find some solutions that Gov. Dayton can sign that will give us greater integrity and transparency in our election.”

In March, Dayton and Secretary of State Mark Ritchie proposed a system that would use the Minnesota Division of Vehicle Services database of drivers’
licenses and state IDs, either printing them or displaying them on an electronic poll book.

For voters without a photo in the system, a photo could be taken on the spot or a photo ID could be scanned.

Doug Chapin of the Humphrey School of Public Affairs said electronic poll books won’t solve election problems alone — election officials and legislators will have to think about how they’ll change the process and address concerns.

“Just like with voter ID, I think a lot of the devil is going to be in the details,” Chapin said. “There really is no silver bullet technology, and electronic poll books are no exception.”

Currently, a person can vouch for up to 15 people that they know on same-day registration, signing a form as proof.

Opponents of the system have said this as ridiculous, while supporters point to it as a good-faith effort protected by criminal action if a person lies.

Convicted felons aren’t permitted to vote until they complete their sentence, including probation or parole. To prosecute those who vote ineligibly, the felon must know they cannot legally vote.

The Democratic-Farmer-Labor party has proposed sending a secondary notification to convicted felons informing them of their denied right.

Kiffmeyer prefers requiring felons to sign a document that could be used in a court to prove their knowledge that they could not vote.

With either option, McGrath said he expects to see a bill aimed at addressing ineligible voters.

DFL leaders, meanwhile, have said policy ideas will take a back seat to the budget this session.