A Korean- American actress plays a Hmong-American in “WTF.” 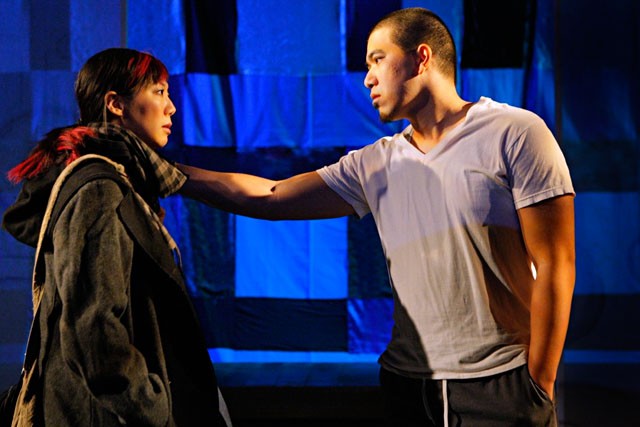 When Twin Cities director and performer Randy Reyes first heard about the uproar concerning a casting selection in his latest play, entitled “WTF,” he wasnâÄôt all that surprised.

But thatâÄôs not to say he felt any less confident about the decision.

The play is in the last week of its run at the Mixed Blood Theater in the Cedar-Riverside neighborhood.

Written by Hmong-American playwright Katie Ka Vang, “WTF” depicts the uphill battle of second-generation Hmong living in America. The play, which includes seven Hmong actors, probes a darker side of the Hmong-American experience, exploring themes that include polygamy, addiction and alienation.

Ka Vang, often confused for the writer of the play, outlined her frustration over the casting decision in an e-mail sent to local members of the arts community and called for a boycott of the play.

“While Su Mee is probably one of the best actresses in town, I believe Su MeeâÄôs character, True, should have been played by a Hmong actress,” Ka Vang wrote.

She believes that the decision further marginalizes the Hmong community by creating the illusion that all Asians are alike.

But Reyes, who is also a community liaison and artistic associate for Mu, doesnâÄôt think the comparison stands.

Reyes said Mu never called for a boycott of the play and noted that the theater casted seven Hmong Americans in “WTF” who were not affiliated with Mu prior to the production.

Acknowledging the hardships the Hmong community has endured over the years, University of Minnesota English and Asian American studies professor Josephine Lee said that she doesnâÄôt think Ka Vang is overreacting but added that MuâÄôs decision isnâÄôt all that out of step with tradition.

“[Asian theaters] have a long history of pan-ethnic casting,” Lee said. “I donâÄôt think itâÄôs out of the intention that all Asians are alike. I donâÄôt think thatâÄôs whatâÄôs going on here.”

As a Filipino-American actor and director, Reyes said he empathizes with Ka Vang and the Hmong community who might feel disenfranchised.

“As an Asian-American theater company, we take on the same kind of defenselessness in the greater American landscape,” Reyes said. “ItâÄôs an emotional reaction, which is understandable. IâÄôve felt it many times as an Asian-American actor in white America.”

But Reyes still stands by the organizationâÄôs decision and explained how Mu had the intention of casting as many Hmong-Americans as possible.

“If I was only allowed to play Filipino roles, I wouldnâÄôt have a career,” Reyes said.