Presidents of the IFC and PHC have been selected and will take their positions next semester. 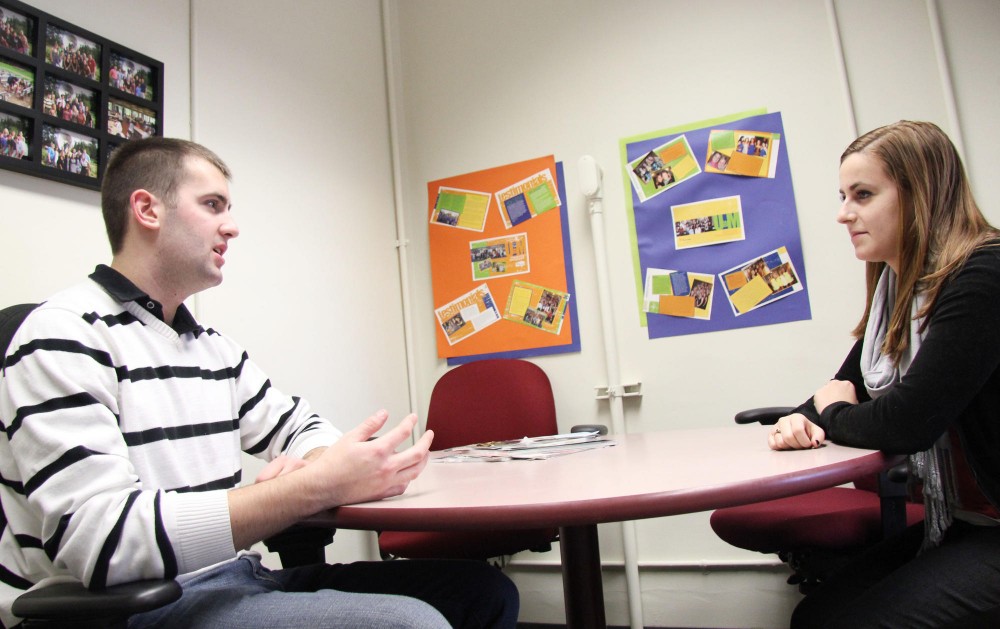 Angela Ugorets and Mike Danley have been elected as presidents for the Panhellenic and Interfraternity councils and will lead the greek community starting in January 2012.

The two will lead the councilsâÄô executive boards, which preside over about 1,900 sorority and fraternity members at the University of Minnesota.

Collaboration between the two councils, a bigger emphasis on Arkeo âÄî the greek party police system âÄî and improving the greek communityâÄôs reputation are what the presidents say they will focus on.

The councils, made up of executive boards and legislative bodies with representatives from the greek chapters, serve as liaisons between the chapters and various departments and offices within the University.

As the âÄúcongress of fraternities,âÄù the IFC is âÄúthe face and voice of the greek community as a whole,âÄù Danley said.

The councils hold yearly elections for new positions on the executive boards in late November, and the newly elected officers take their positions the following semester.

For the PHC, sorority members interested in running can either self-nominate or be nominated by others. Two weeks later on election night, the nominees give speeches stating their objectives and their platform for the desired position.

After the last nominee gives her speech, all votes are submitted online. This year, 17 nominees vied for eight positions on the council.

The IFC follows a similar procedure for its elections but with paper votes. A candidate must get 50 percent of the votes in order to win the position.

Ugorets said one of her goals as the new president of the PHC is to put pressure on the vice presidents of academics in all the sororities to raise the all-sorority GPA. She wants to make it an all-greek standard that members who fall under the minimum GPA requirement are met with stricter consequences.

âÄúIdeally there would be more reward for having higher GPAs,âÄù Ugorets said, like first picks for philanthropy dates and Sweetheart Week, when fraternities hold competitions and games to choose a âÄúsweetheartâÄù for their house from one of the sororities.

Danley said he wants to focus on making chapters more accountable and on enforcing management policies and bylaws in fraternities.

One of the challenges Danley said he will face is changing the minds of those opposed to the greek community because of negative incidents that have happened in the past.

âÄúAs president, my goal is to reshape the publicâÄôs opinion on greek life,âÄù he said.

âÄúI want the student body to see the greek community in a different way.âÄù

Marissa Zakheim, the current vice president of public relations for the PHC, said sheâÄôs optimistic about the new presidents.

âÄúI think that theyâÄôll be great leaders and bring a positive light to the community,âÄù she said.