Under the proposed ordinance, Minneapolis residents younger than 21 could be banned from purchasing tobacco products. 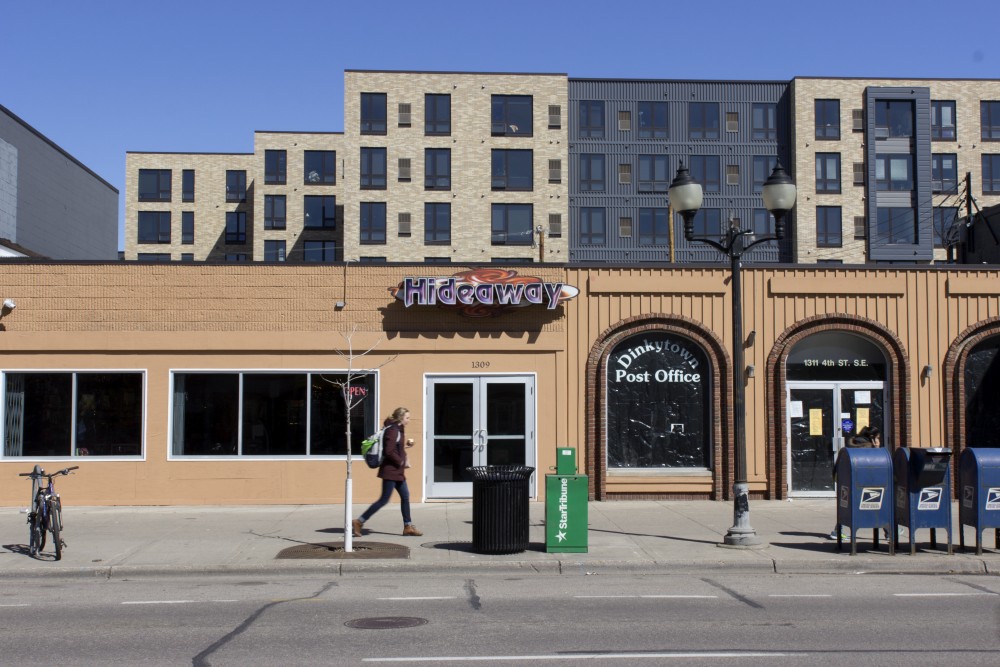 Hideaway's Dinkytown location, one of multiple shops in the area that sells tobacco products, as seen on March 29. By early fall, Minneapolis residents under the age of 21 may no longer be able to purchase tobacco products according to the City Council's newly proposed "Tobacco 21" ordinance.

By early fall, Minneapolis residents under the age of 21 may be barred from purchasing tobacco products.

The Minneapolis City Council introduced its “Tobacco 21” ordinance at its March 23 meeting. The ordinance would increase the minimum age for sale of tobacco products from 18 to 21.

“We want to create some protections to make sure that these products aren’t getting into the hands of folks who are younger,” said Ward 5 Minneapolis City Council member Jeremiah Ellison, co-author of the ordinance.

The suggestion to ban anyone under 21 from purchasing tobacco products would follow five other Minnesota cities. The city hopes this will lead to a reduction in the number of people who start smoking and become addicted.

“This is one step in our efforts to improve the health of the city,” Ward 2 Minneapolis City Council member Cam Gordon said.

Betsy Brock, research director for the Association for Nonsmokers-Minnesota, said a statewide age increase to buy tobacco would stop thousands of young people from picking up a smoking habit.

“We can’t say how many would be in Minneapolis, but given that Minneapolis is the largest city, we think it will have a pretty big impact on decreasing youth smoking,” Brock said.

Smokedale Tobacco, a smoke shop in Stadium Village, sells tobacco to many customers who aren’t 21. Roughly 35 to 40 percent of the shop’s sales come from tobacco products, manager Ozan Ademi said.

“I think it’s bad for business. Smoke shop owners don’t like this idea. It will cut down on our sales,” Ademi said. “Even if we don’t like it, the city will do this despite what we think.”

The adoption of this ordinance could impact sales for retailers and tobacco shops in the area, Gordon said, but it shouldn’t be overly harmful.

Gordon previously studied information on the sale of tobacco products while conducting research for an initiative to ban menthol tobacco products. He said most of the money people use to pay for their cigarettes returns to the manufacturer or government, rather than the retailer.

“Revenue that stays with the store owners is relatively minimal and probably could be made up in the sales of some other products,” Gordon said.

A public hearing for the proposed ordinance is set for May 14 at the Public Health, Environment, Civil Rights and Engagement Committee.

“A lot of folks who are underage will usually get tobacco products from their friends who have turned 18,” Ellison said. “If you’re 18, it’s not uncommon that you would have a 17 or 16-year-old friend, whereas a 21-year-old is a lot less likely to give a pack of cigarettes to a 16-year-old.”