The Gophers start the regular season on Friday against Northern Iowa. 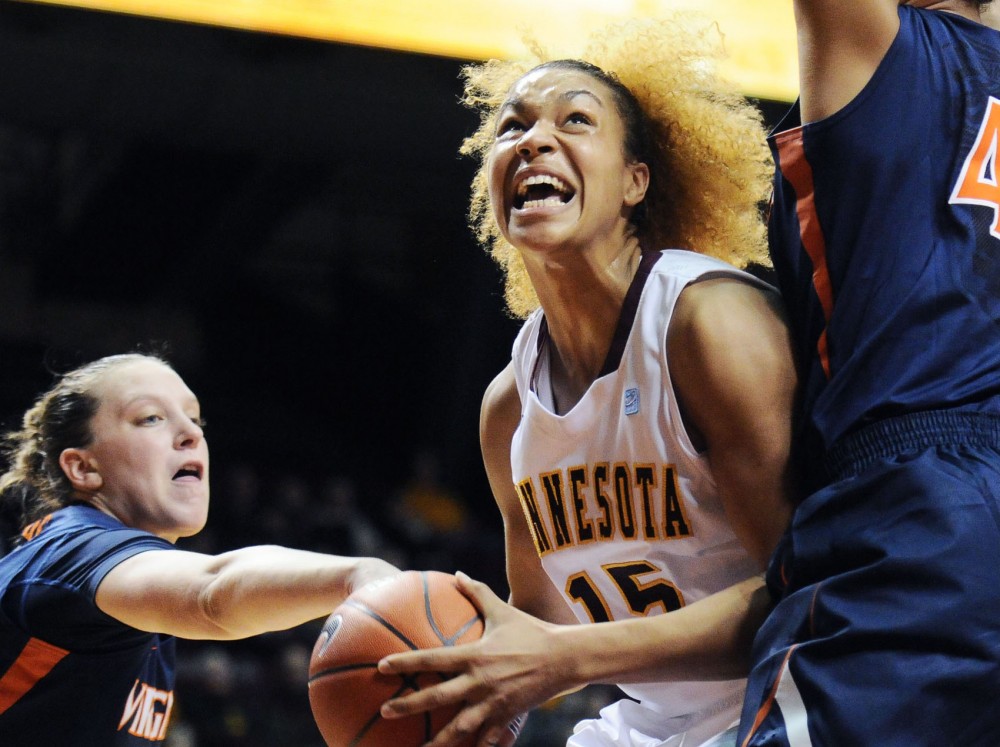 After three years of playing in the middle, MicaÃ«lla RichÃ© has switched to the power forward position this season as the 6-foot-5-inch Amanda Zahui B. has taken over at center.

In this Saturday’s game at Northern Iowa, RichÃ©’s position will be on display for the first time in regular-season action.

“My biggest strength last year was being on the inside,” RichÃ© said. “This year, I’m playing outside on the perimeter a lot more.

“It’s been different to get used to, but I definitely think … I can make myself more useful on the perimeter.”

Zahui B. shined in both of Minnesota’s exhibitions with 28 points in one game and 14 in the next. RichÃ© sat out of the first exhibition with an ankle injury but played in the second, netting 10 points.

RichÃ© said she worked on different aspects of her game over the summer to prepare for the change. She said she’s gotten better at dribbling down the lane, using a two-dribble power move and creating her own shot.

The move will allow RichÃ© to showcase some of those skills in addition to unparalleled athleticism.

Gophers head coach Pam Borton said she thinks that will result in mismatches.

“She’s one of the most explosive post players I’ve seen in a long time,” Borton said. “I think she attacks the rim really well, is a great rebounder and is an absolute nightmare to defend. … She’s going to be a mismatch.”

“I don’t want to be a one-person show,” Banham said. “I want to get everyone involved, and that’s what being point guard is.”

That should be easier for Banham with RichÃ© dancing around the paint. RichÃ© said she’ll be doing that often this season after losing weight and getting in better shape.

That will contribute to RichÃ© being a mismatch, as Borton forecasted, but should also allow the Gophers to utilize versatile lineups.

“I know for myself, when I have someone dancing circles around me, it’s so annoying,” RichÃ© said. “Depending on who I play, I’ve learned to be really active or push them out of the lane.”