The student was assaulted and robbed by a group of attackers early Sunday morning. 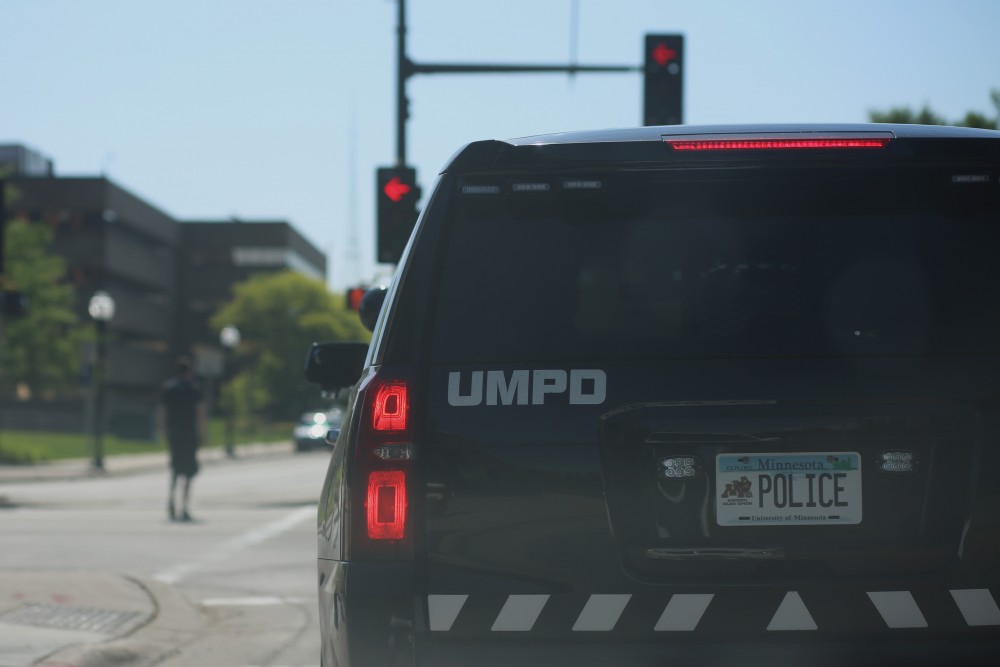 A police car patrols University Avenue near TCF Bank Stadium on Tuesday, May 29, 2018.

The student was robbed and assaulted by a group of 8-10 males at 1:50 a.m. Sunday near Ferguson Hall on the University’s West Bank campus. The group approached the student before pushing them down, physically assaulting them, stealing their backpack and damaging their iPhone, according to the warning.

The victim did not observe any weapons being used in the attack, and was left with minor injuries. The incident is currently under investigation by UMPD.