The Irish Punks make their way to First Ave. 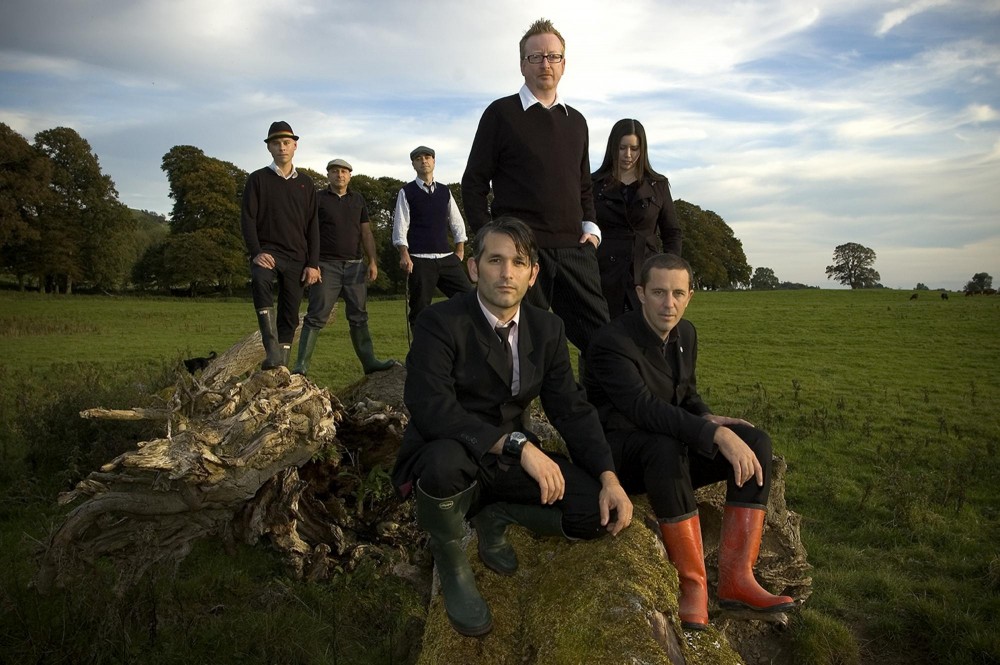 WHAT: Flogging Molly, Big D and the Kids Table, The Riverboat Gamblers WHERE: First Ave 701 First Ave. N. WHEN: 6 p.m. Thursday, April 22nd COST: $30/$35, 18+ A proper mix of Irish and punk, Flogging Molly essentially created a niche. As Irish culture continues to grow in popularity with movies like âÄúThe DepartedâÄù and the recent sequel to âÄúThe Boondock SaintsâÄù so has one of its best exports: Irish-punk. Mixing Irish folk tunes with distorted guitar and the scowling, gritty voice of lead singer Dave King, Flogging MollyâÄôs catchy tunes hearken back to simpler times in the land of the shamrock. Whether itâÄôs the boozing or the general good-times atmosphere of their shows, Flogging Molly has been selling out venues for almost twenty years. A&E talked with original member and accordionist Matt Hensley to discuss the rise in Irish popularity, atypical rock instruments and confused Nazis. You guys have politicized lyrics âÄî do you think your brand of music can make real political change? If it doesnâÄôt, itâÄôs not going to stop me from trying. WeâÄôre just one band. Before [America] invaded Iraq, we went on tour, we did shows with bands like The Dead Kennedys and we did like a full movement to not go to that war. But we still went to that war. Flogging Molly isnâÄôt really a political band unless the situation demands that any conscious person becomes [political]. WeâÄôre not a blind band. We see whatâÄôs going on in the world and it affects what we write. You play the accordion in the band. How does that affect your role in the band? IâÄôm one in seven you know? It takes us all to make Flogging Molly. I feel like my job has always been to kind of fill in the gaps. When thereâÄôs nothing going on, IâÄôll play just some kind of chord or dissonant chord and make the whole band sound full. Do you do any improv? Yeah, I donâÄôt think any of us play the same song twice. I take certain liberties, IâÄôm not going to [expletive] with the chord progressions, but one night IâÄôll play a third and the next IâÄôll play the fifth of the chord, you know. Do you ever feel like itâÄôs difficult to make an instrument like the accordion cool? I donâÄôt. What, you donâÄôt think itâÄôs cool, man? What advice would you have for kids playing atypical rock instruments? When I first started playing accordion, all my friends, including my wife and everyone around me, thought I was an idiot for doing that. Now I make a proper good living doing that. So I just say screw it, believe in yourself. If you feel it, I would go with it. The worldâÄôs big enough to have all kinds of instruments. Is Irish punk actually popular in Ireland? I donâÄôt know, man. It doesnâÄôt have the same quirkiness and specialness there than it does in other parts of the world. Some of our biggest shows are in like Holland and Germany. Why would that make any sense? I donâÄôt know. TheyâÄôre into it. It seems like Irish culture has been becoming more popular. WhatâÄôs behind that? IâÄôd say itâÄôs been going on for a while. I donâÄôt know why that is. IâÄôm happy thatâÄôs the case and to be in an Irish band. If everyone is into being Portuguese, IâÄôd be out of a job. Sometimes it is a little bit weird and funny. I mean IâÄôm not Irish; IâÄôm American. Like, if I had to go back and talk about my great grandfather, I come from Scotland. I think itâÄôs stereotypically a culture that has a quirky good time and isnâÄôt afraid to have a couple beers. I think thatâÄôs attractive to people. But itâÄôs weird because like 100 years ago, the Irish were considered terrible in America. ItâÄôs funny when I meet people with this crazy Irish white pride where they mix it all up. Like skinhead Irish pride? Like Nazi skinhead Irish pride. A lot of those guys will show me their Irish shamrock and then IâÄôll be on stage and theyâÄôll throw me a swastika and IâÄôll be like âÄúOh my God, this man is confused.âÄù But thatâÄôs not at all what this music is about or this band is about. Most of our songs are about Dave [King, guitar/vocals]âÄôs struggle as an Irishman and the struggles of that nation. Do you think alcohol and Flogging Molly compliment each other well? I do. In the band, we have some drinks before we play. IâÄôm not going to advocate anything; IâÄôm just advocating having a good time. WhatâÄôs in the future for Flogging Molly? WeâÄôre going to do this tour. Then we have three weeks off. Then I believe we go to Europe for a while. Then weâÄôre going to start to write another record. I donâÄôt know a lot of dates on that stuff, but I know weâÄôre going to start getting together and writing a better record than the last one.