Art to die for, ‘Stories to Live’ 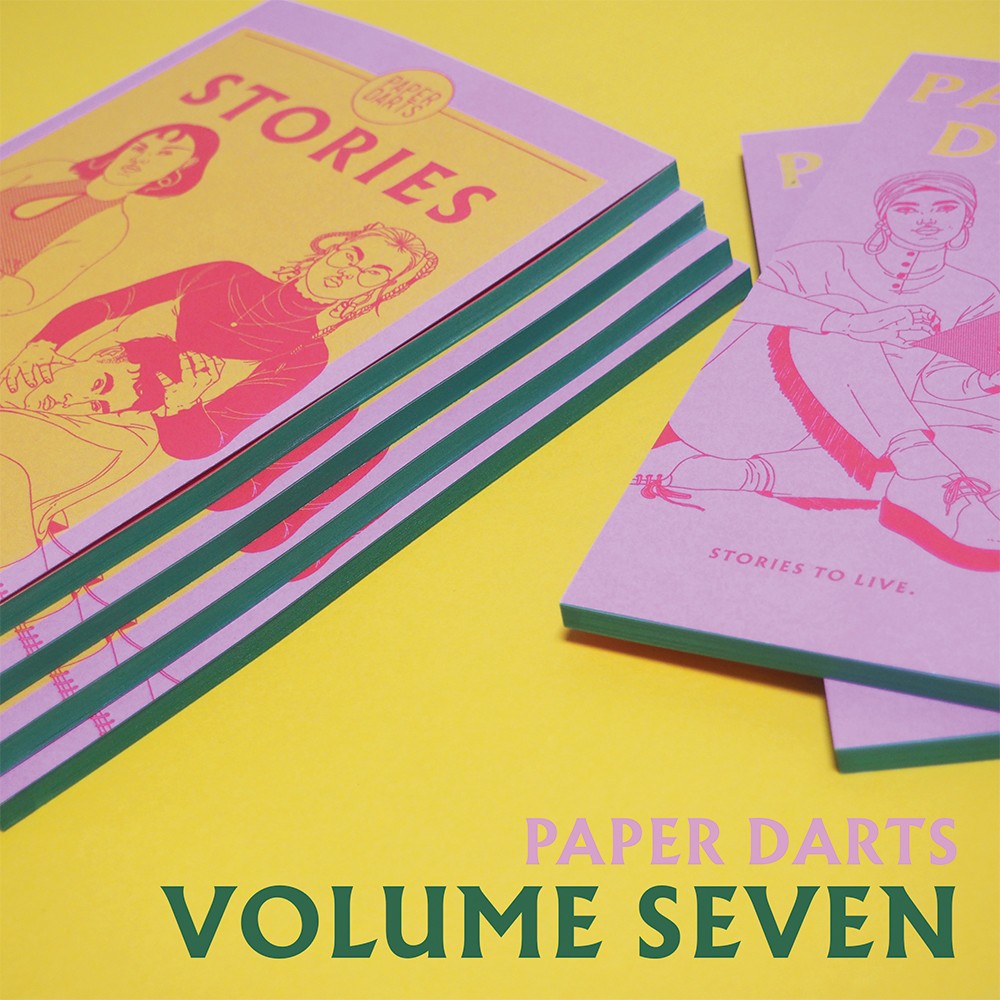 Joan Didion once wrote, “We tell ourselves stories in order to live.” Paper Darts, a literary magazine founded in Minneapolis, took this idea a step further — they added art.

“Stories To Live,” the seventh physical volume to come out of the Paper Darts universe, was released April 4, about a year after its previous counterpart.

“Each magazine is basically a short story collection, but by a bunch of different writers,” explained managing editor Alyssa Bluhm, a class of 2014 University of Minnesota graduate.

There are also interviews, poems and (so many!) illustrations.

For this issue, Murphy directed her team, lovingly dubbed “the Octoladies” (we’ll get to that), with a specific Leslie Jamison quote: “No woman’s anger is an island.”

As made especially evident in their recent volume, the Paper Darts team searches for stories people can find themselves in.

Pieces from people who may not often be able to share their perspective are prized in the magazine’s canon — for many contributors, this is their first-time publishing.

“We only have three white men in this issue,” Bluhm said. “Three token white men.”

As an introduction to the Paper Darts universe, Bluhm recommends a piece from “Stories to Live” — “Good Girls” by Maryse Meijer.

The story is written from the perspective of a dog who follows a group of girls around. The dog has hazy memories of his life as a man.

The Paper Darts team is made up of volunteers. Besides Murphy, the group is spearheaded by an imaginary little lady that hangs out at the top of the magazine’s website — the Octolady.

“She’s our — I don’t want to say mascot — [ … ] our little constant lady that’s holding us together,” Marah Walker, the magazine’s social media coordinator and story editor, as well as a fourth year English student at the University, said. “She inhabits the weird, bizarre stories that we publish.”

In its online life, Paper Darts is constantly providing new content — two or so stories a week is the goal. For its print editions, the Octoladies curate a selection of work from the year that they “can’t imagine not seeing in print.”

Sold online and at select retailers nationwide (including Magers and Quinn in Uptown), the seventh print issue is wonderfully, explicitly pink. Inside and outside.

The cover features work by Laura Callaghan. On it, four women sit. Three of them are holding men’s heads and the fourth holds a book.

Guess which one is smiling.

“Nothing in here is apolitical,” Walker said. “It’s all really charged, and I think that’s what’s important about it too.”