Minnesota set to play at Wolf Run this weekend

The Gophers will travel for the first time all season this weekend. 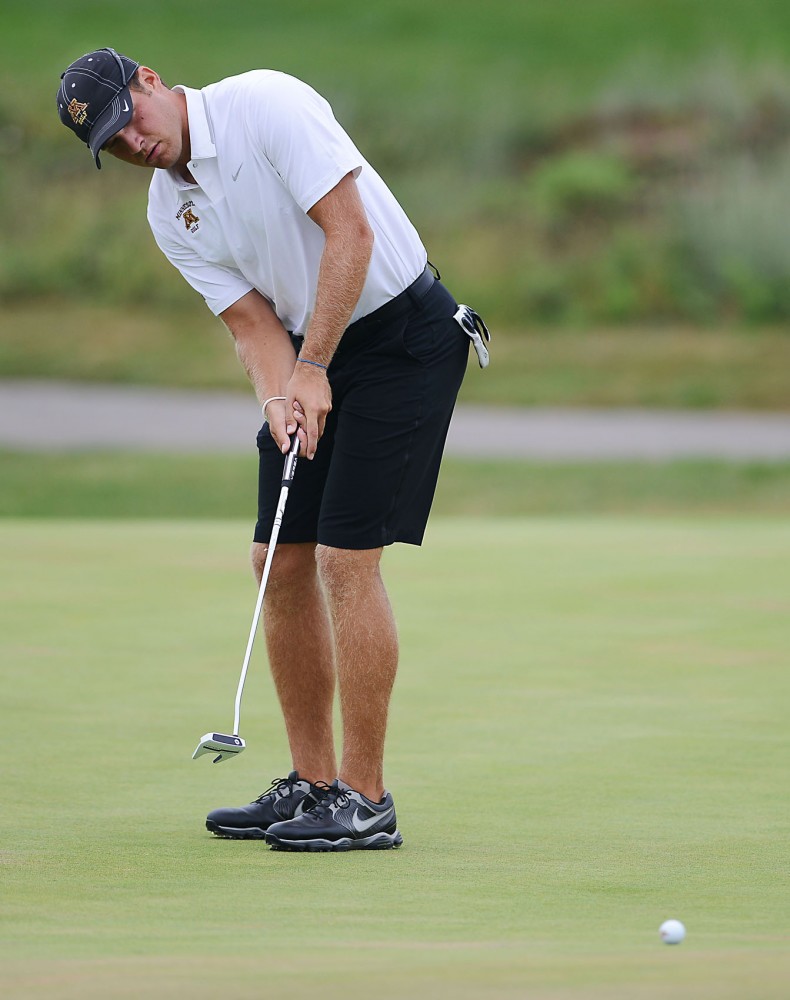 After the Gophers christened their season less than two weeks ago in their own backyard, they’ll be in somewhat unfamiliar territory this weekend.

Minnesota will travel to Zionsville, Ind., for the Wolf Run Intercollegiate at Wolf Run Golf Club.

In 2007, Golfweek magazine ranked the course the 15th-best modern course in the nation. It’s top-tier, but it’s still unfamiliar.

Gophers senior captain Jon Trasamar is the only current Gophers player with experience on the course, having played at Wolf Run when he was a freshman.

“It’s a difficult golf course,” he said. “It’s not the longest golf course in the world, but you have to be very precise.”

Trasamar said driving accuracy and ball striking will be more crucial than distance over the weekend.

“The biggest challenge is that other teams have been going to this tournament year in and year out,” head coach John Carlson said. “They’ll have some home-course knowledge. … It’ll be a challenge for us.”

Still, there are holes where birdies are possible if players play smart, Carlson said.

The Gophers opened up their fall season Sept. 8-9 with the annual Gopher Invitational, where Minnesota finished in a tie for fifth out of 12 teams.

Carlson said playing the first tournament the first week of school was not advantageous for his squad. But in the time since, Gophers players have settled into a routine, balancing school and practice.

Because the tournament is in Indiana, only five golfers are going to travel to compete. At the Gopher Invitational, nine of the 10 Minnesota players golfed — five representing the team and four playing unattached.