Patty O'Brien saw two siblings compete in University of Minnesota athletics before she did so herself. 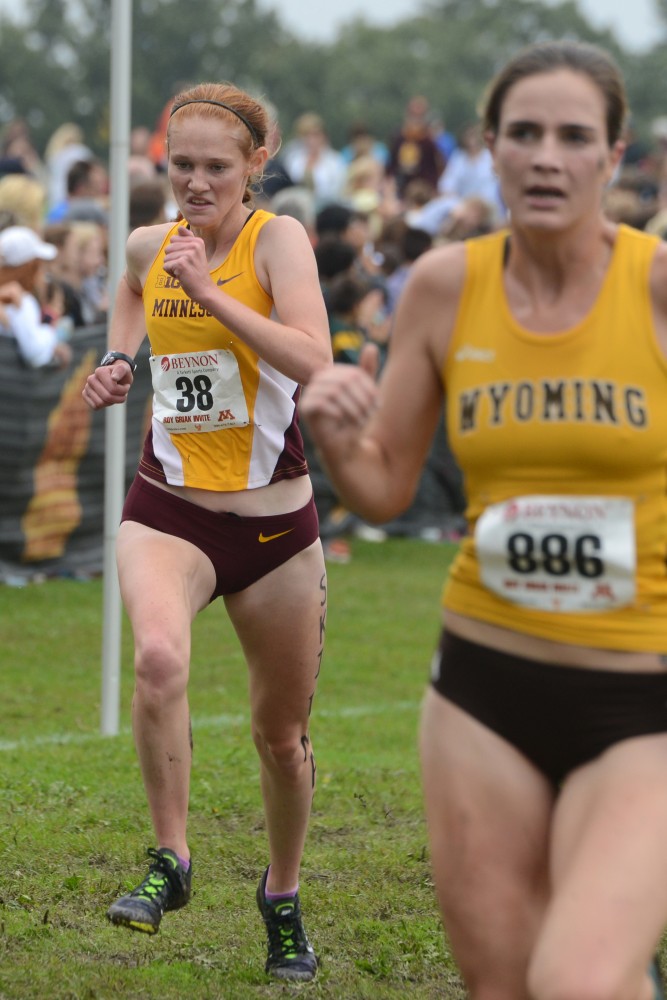 O’Brien comes from a large family with six siblings, two of which previously competed for the University.

The O’Brien legacy began with her brother, Jim, who played hockey for the Gophers and later went on to play for the New Jersey Devils in the NHL. O’Brien’s sister, Mary, also played soccer for Minnesota from 2010-11.

O’Brien recalled going to her brother’s hockey games at the University when she was in elementary school and thinking how cool it was to see him play for the Gophers.

Once her sister began playing soccer for the Gophers, O’Brien began to wonder what it would be like to compete for them too.

“My brother and my sister were just huge influences on me,” O’Brien said. “They always pushed me to work hard and dream big. I never thought I’d be running at such a great school like the U, so it was really fun when I found out I could run here.”

While in high school, running wasn’t always O’Brien’s main athletic priority. She focused mostly on hockey and soccer until she joined the track team her freshman year and the cross country team two years later.

“A lot of kids who come here continue to develop because they’re getting more experience and starting to do the sport year round,” director of women’s track and field Matt Bingle said. “That’s a lot of athletes from Minnesota that can develop like that, and [O’Brien] is definitely one of those.”

O’Brien originally joined track in high school to stay in shape for soccer but quickly found a passion for the sport.

“It was something I really enjoyed,” O’Brien said. “I don’t know why just going for four mile runs in high school was my favorite part of the day.”

O’Brien ran career-best times in half of her races during her 2016 indoor season with Minnesota, one of which earned her 22nd in the 3,000 meter race at the Big Ten Championship.

“She’s just tough. She always comes in ready to work and always steps up to the line and does her best,” Bingle said. “She’s a very ‘Minnesota tough’ type of athlete, and all the girls on the team kind of look up to her.”

The women’s team will split three ways this weekend to compete at the Iowa State Classic, the UST Showcase and the Music City Challenge.

O’Brien will be competing in Iowa along with the rest of the distance team and pole vaulters.

She said she hopes to keep getting her times to come down throughout the season and going into the Big Ten meet.

“I just want to make sure we’re growing each week,” Bingle said. “Sometimes that means growing with performance but also growing emotionally in how we prepare and how we compete. We’ve got to continue to grow in those areas every weekend if we’re going to be where we need to be at the end of indoor season.”