The sophomore matched her goal total from last season in one game last weekend. 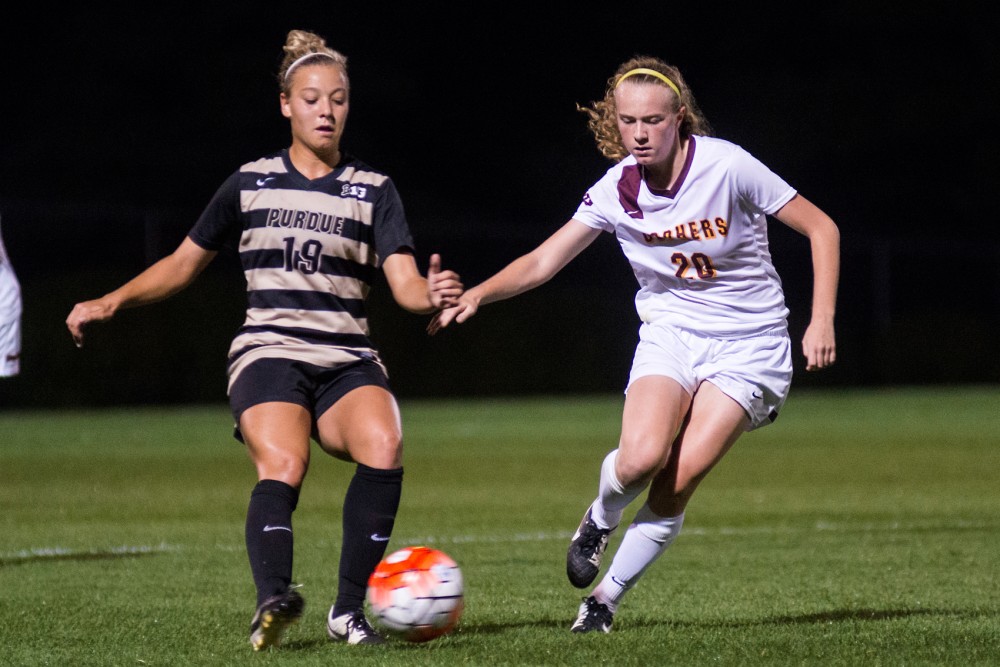 With four goals and one assist under her belt six games into the season, sophomore forward April Bockin already has more goals than what she scored during her freshman year.

She said she had a lot of chances to score last season, but she is now capitalizing on more of her chances.

Last season was a learning experience for Bockin; she said it was a big transition from high school to college soccer.

“The size, strength and speed of the girls was the biggest adjustment,” Bockin said. “You can watch all of the Division I soccer you want, but until you’re like in it you don’t realize how fast the game moves.”

Utilizing her speed is her way of countering the size of some players. She is hoping to use that skill as well as her strength this season.

“[In Bockin’s freshman year] there were times where she would be pushed off the ball, and now she’s able to use her speed and hold people off a little bit more and kind of bring a little more physical element,” Seidel said.

Though Bockin ended up focusing on soccer and pursued a college career, she still relishes the memories from her figure skating days and their impact on her soccer career.

“I was probably five or six when I started taking lessons at my local community center,” Bockin said.

She said her favorite part of skating was the ice show her club performed every year, which was a team effort.

“It was just a great time because skating is an individual sport,” Bockin said. “This was a time when you were like a team and got to know your other skaters.”

Bockin said that she only competed about once a year because of her focus on soccer, but she usually placed in the top three at her competitions.

Seidel said that she and others on the team think that Bockin may be more graceful on the field than she realizes.