Gophers wrestling had the top-ranked recruiting class in 2008, but only three members of that class remain. 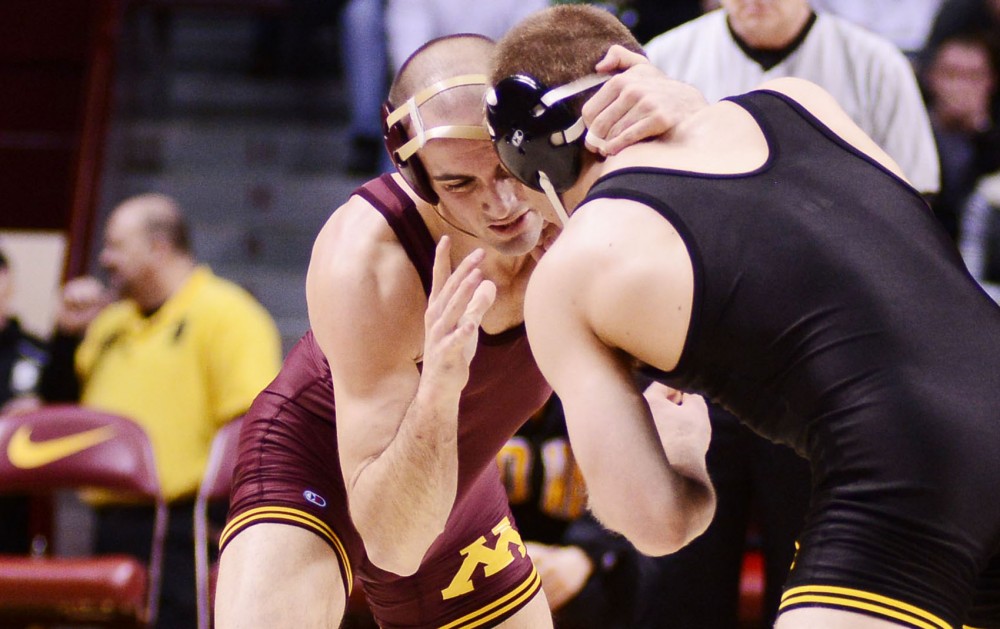 Minnesota boasted the No. 1 wrestling recruiting class in 2008, according to InterMat.

It featured nine wrestlers that were well-respected in their high school realms.

Five years later, three wrestlers from that class remain. Some transferred, and others quit.

Jake Deitchler, who headlined the 2008 class, was forced to retire last season because of recurring concussions.

Cody Yohn (165 pounds), Matt Mincey (149) and Thane Antczak (133) have stuck with the Gophers, but Sunday against Michigan State will mark the end of an era.

It’ll be Senior Day at the Sports Pavilion — the final home match of the seniors’ careers. Minnesota will host the National Duals in late February, but that will not be a true home dual for the team.

“In every match this year, it’s … been in the back of my head that it’s my senior year and it’ll be over soon,” Yohn said. “It’ll definitely be weird now that it’s here.”

Yohn, Mincey and Antczak all came to Minnesota for different reasons, but they’ve all stayed for the same one. They each mentioned the team atmosphere as a type of glue that has held the three together.

Yohn spoke in cliche at times, but he said Minnesota’s wrestling program is different from others.

“I’m a completely different … person than I was the moment I joined the team,” he said. “I’ve come to realize our program … builds men [as] opposed to just focusing on the athlete.”

Yohn is the only starter from the senior class, but Antczak and Mincey said they try to find ways to contribute to the team away from the score sheet. Both wrestle in open tournaments for the Gophers, but neither man is a staple in the starting lineup.

Antczak admitted the season turns into a grind without a spot in the starting rotation, but he said he remains focused on the overall success of the team.

“I’m trying to push those guys as hard as I can, so whether I get that starting spot is not the most important thing to me,” Antczak said. “And when my teammates perform well, that’s what keeps me going on this team.”

Mincey said the seniors on the roster are close because of the struggles their class has gone through. He said the tough times are the reason the group is so close.

Yohn is a starter, but he said Antczak and Mincey might have a tougher role on the team as reserves.

“That takes such dedication to never stop,” Yohn said. “They are willing to invest in our program when they’re not getting any of the glory that they should be.”