Taking his mind off basketball

DeAndre Mathieu’s infant son has been his rock. 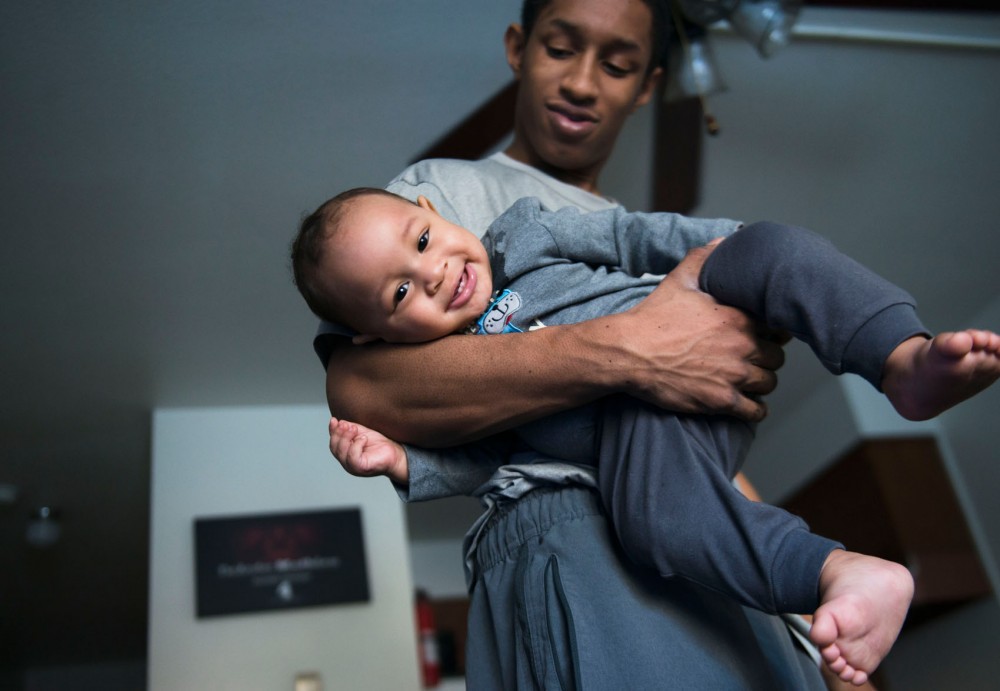 Keys started to jingle outside the door of a Marcy-Holmes neighborhood apartment.

Elijah Mathieu knew what came next.

“Da da! Da da!” the 7-month-old shouted as he crawled toward the door.

The Gophers point guard has endured a turbulent senior season. He’s missed two potential game-tying shots. His shooting numbers are down across the board. He’s been in and out of the starting lineup.

But when a rough day comes to an end, Mathieu usually walks through that door, picks up Elijah, feeds him dinner and then gives him a bath.

Moments like that take his mind off of basketball.

After being the focal point of Minnesota’s NIT championship last year, Mathieu’s senior season hasn’t gone according to plan. But through it all, Elijah has been his father’s rock.

“Having my son here really gives me that comfort level,” Mathieu said. “I know when I go home every night that he’s going to be there.”

For the full story, check out MNDailyProjects.com