The Gophers have not won a Big Ten opener since 2009. 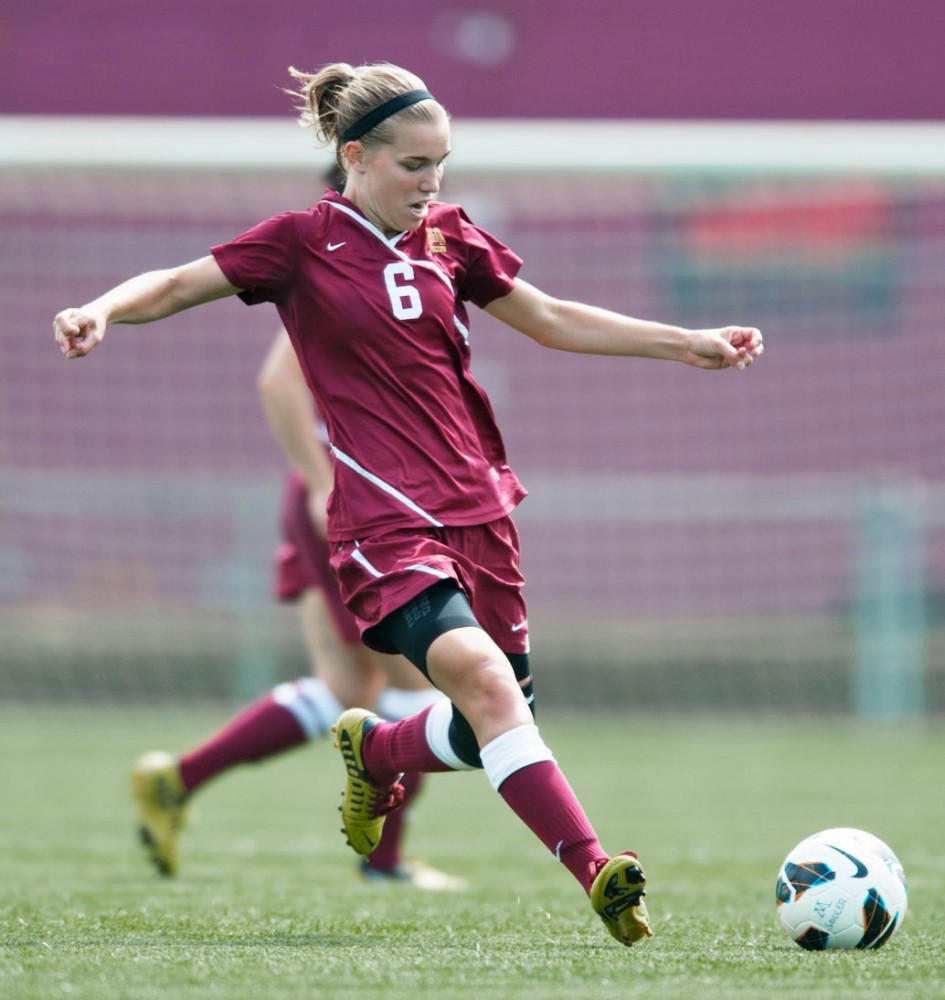 For a majority of the game Sunday, the Gophers looked poised to begin their Big Ten schedule with a win.

Ohio State had other plans.

The Gophers fell 2-1 to the Buckeyes in overtime in Columbus, Ohio, despite holding a lead for most of the game.

Ohio State forced overtime by scoring a goal to tie the game at 1-1 in the 85th minute. The Buckeyes capitalized on a free kick when forward Marisa Wolf caught Minnesota’s goalie Cat Parkhill off guard and scored.

The winning goal came in the 99th minute of the game when Tiffany Cameron, Ohio State’s leading scorer, put away a loose ball following a corner kick.

“We gave up two goals on set pieces, which are critical moments of the game, so that killed us,” head coach Stefanie Golan said.

Golan said the team played well enough to put themselves in a position to win.

Although they only led 1-0 at halftime, the Gophers seemed to dominate offensively the whole half.

Minnesota outshot Ohio State 8-1 in the first 45 minutes. The Buckeyes’ only shot in the half didn’t come until the 33rd minute of play.

The Gophers got on the board early — a habit they’ve developed throughout the season — with a goal by sophomore midfielder Katie Thyken in the 11th minute.

Senior forward Nicole Baier and sophomore forward Taylor Uhl assisted on Thyken’s goal. Uhl hit Thyken, who was running to the back post. Then, Thyken kicked it in from about 10 yards out for her third goal of the season.

Golan said the “tide of the game didn’t change,” and the team continued to play well and create opportunities. She said the only key difference between the first two halves was the set piece that Ohio State scored on.

“We have to keep being focused on goals being served into our box, particularly in our six. We’ve got to develop the mentality of ‘We get to everything first, and it doesn’t end up in the back of our net,’” Golan said.

She said the players have spent time practicing that concept, but they “have to, obviously, spend more.”

Uhl, who entered the game leading the nation in goals and points, didn’t score a goal despite taking four shots.

The Gophers outshot the Buckeyes 18-11, but aside from Thyken, they were unable to find the back of the net.

“We had players who stepped up to try to be dangerous more in the attacking third, and we got opportunities because of that,” Golan said.

The Gophers will return to action Friday for a home game against Michigan.