Punk by the book 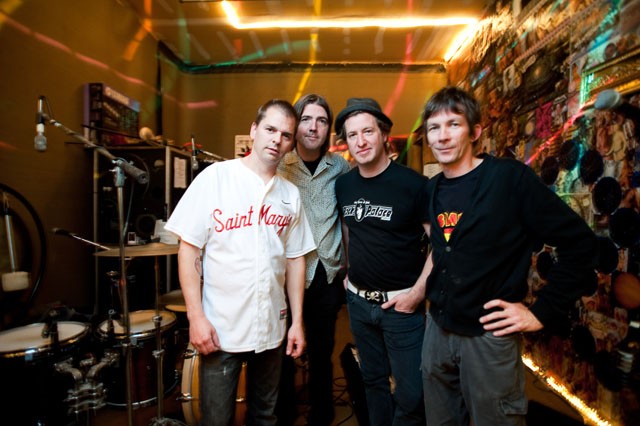 WHO: The Magnolias, The Whole Lotta Loves

Punk wonâÄôt die. In fact itâÄôs flourishing stronger than it has in many years, especially right here in Minneapolis. More and more people are venting their anger through power chords. There is one band, however, that stands out amid the crowd of Minneapolis punk.

John Freeman has fronted The Magnolias for 26 years. Contemporaries of The Replacements and Husker DÃ¼, the Mags have been making tight, loud punk music since 1984.

Listening to The Magnolias is like walking into a punk venue in the âÄô80s. ItâÄôs dark, smoke-filled and thereâÄôs beer cans lying around. When the amps start humming and the drumsticks get pulled out, images of early Replacements and Husker DÃ¼ shows at the 7th Street Entry form.

The Magnolias are made up of guys who are all in their 40s but are still playing as hard and as fast as any younger generations.

âÄúWe prefer music stripped down. We can play a pop song. We can a play a song that will blow your face off. WeâÄôre a straight up punk band,âÄù Freeman said.

Straight up punk indeed. Most songs are politically themed and rarely last more than three minutes. The Magnolias sound like a slightly poppierReplacements.

Longtime veterans of Minneapolis punk, the Magnolias have seen the evolution of the ways that people discover music.

ItâÄôs a far cry from the instant-download era of the present. The Mags donâÄôt seem interested in any of that though. This is purely making music for enjoyment. ItâÄôs not about money or fame âÄî playing together for 26 years has elicited neither of those things.

âÄúWe like getting together, drinking a couple beers and blasting your eardrums,âÄù Freeman said.

ItâÄôs a band of buddies. Even the newest member has been on-board for 10 years.

While the Mags havenâÄôt gained as much attention back home in America, theyâÄôve gained a considerable amount in Europe.

âÄú[Europeans] know our music better than we do. TheyâÄôre all into American punk rock music,âÄù lead guitarist Mike Leonard said. âÄúWeâÄôll play a show and then go to a club and theyâÄôll play records of really good music. You know, the Buzzcocks and the Ramones and stuff.âÄù

While they may not be worshipped in the States, the Mags are pushing for more success. With multiple upcoming shows in Minneapolis and plans to work on a new record next spring, perhaps this is the time for the Magnolias to bloom in the punk rock scene. ItâÄôs time for these diamonds in the rough to be dug up and given the spot of prominence they deserve.