Local musicians honor Janis Joplin on the weekend of her birthday 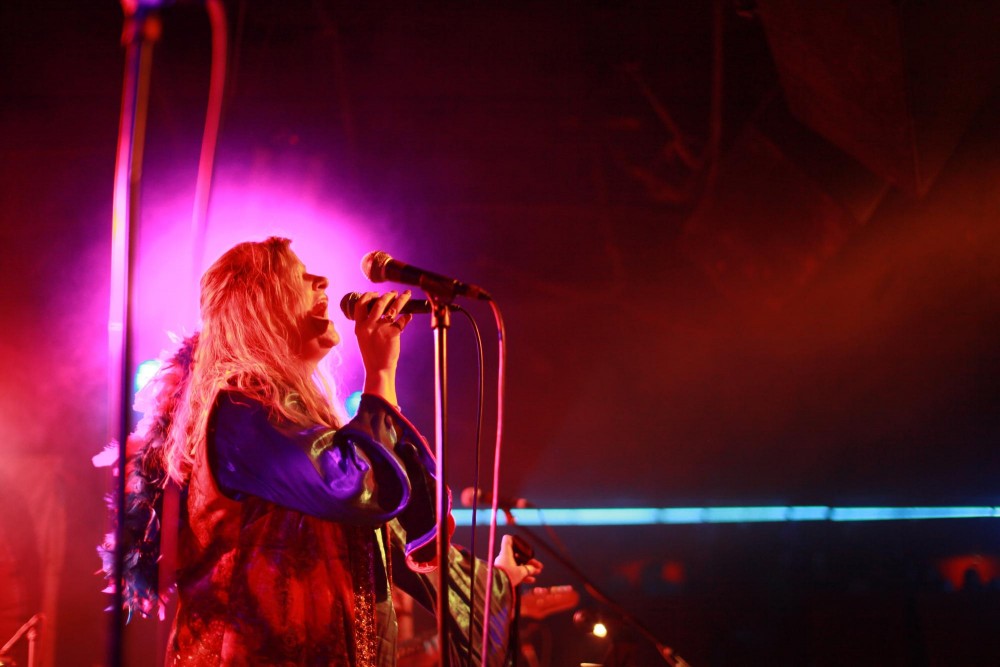 At its worst, nostalgia for music of the âÄò60s and âÄò70s results in lectures from drunk uncles about how music used to be real, man. At its best, though, it can be turned into a great performance that might make you understand just what he was talking about. In 2007, a friend told local singer Jill Mikelson to audition for the part of Janis Joplin in an Ordway Center production of the musical based on her music and life, âÄúLove, Janis.âÄù She got the part, and after a 10-week run, âÄúI wasn’t ready to give up being Janis,âÄù said Mikelson. âÄúIt was an opportunity to really be a rock star.âÄù The following year, she gathered musicians and singers from the Minneapolis jam band community for the first Happy Birthday Janis! tribute show. This Saturday night, the show celebrates its fifth anniversary at the Cabooze. The same core group of musicians will occupy the stage. Mikelson shares the vocal load with Monica Heuser (who also starred in âÄúLove, JanisâÄù), Debra G and Katy Hays. The band behind them contains members of numerous local bands including Soap, God Johnson, Fancy Bastard and Absolute GrÃ¼v.

The musicians have hardly changed, but the audience varies each year. âÄúEvery year we’ve increased by 150 people,âÄù Mikelson said. âÄúAbout half are young hippies in their 20s, but there are also an increasingly large number of people who were alive when Janis was singing.âÄù

While the crowd varies so much in age, there is some common ground to be had. âÄúBoth groups share in their love and appreciation for Janis and what she did for rock music,âÄù Mikelson said.

It is a celebration of Joplin’s life and the time in which she lived and rose to fame. Pop music has changed drastically since, and it is hard to imagine someone (other than Amy Winehouse) singing with the grit and imprecision of Joplinachieving mainstream success. Even Top 40 radio’s most avid fans would have to cede that the era of pitch correction would not have been a good match for Joplin’s vocal style. âÄúI don’t think she would have made it in the music business today,âÄù Mikelson said.

Whether or not Joplin would have achieved success in modern music will always be a mystery, but if the growth of the Happy Birthday Janis! tribute show is any indicator, she would have done just fine. For the first time the concert has found a sponsor and is expected to sell out this year.

âÄúKQRS has stepped up to the plate and offered to promote the show. They’ve hosted for the past five years. I’m hoping that will help to bring in the older crowd,âÄù Mikelson said.

Whoever is in the audience on Saturday night, Mikelson is confident there will be a great show for them. âÄúI feel like I’ve picked some pretty kick ass women, so I think her spirit comes out through what we’re doing.âÄù

No word yet on whether or not Jenna Maroney will reprise her legendary role as Jackie Jormp-Jomp. Fingers crossed.