Katie Moraczewski emerged as the second finisher at the Roy Griak race. 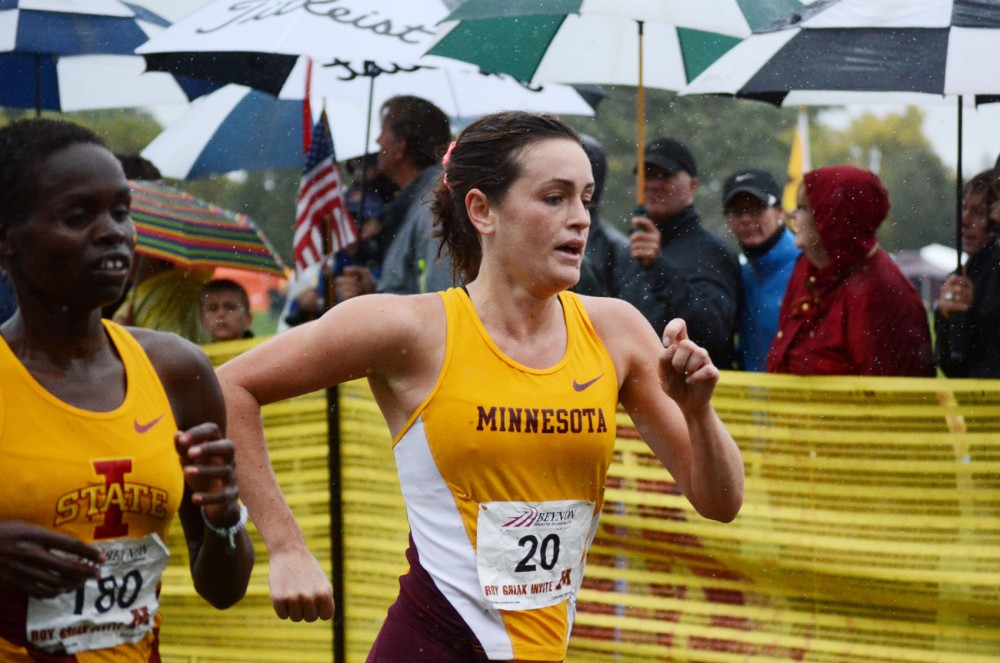 “That’s kind of what she’s been needing for the last couple seasons,” Hopkins said. “She kind of had that breakout race where she is running where she knows she can be.”

Moraczewski placed sixth for the Gophers in both the team’s Intrasquad Meet and at the Oz Memorial.

She placed 15th last Saturday at the Griak in a field of 300 runners. Moraczewski was the second finisher on the Gophers with a time of 21:20.30.

“I feel like she really just let go and was like, ‘I’m going to do this,’” senior Rachel Drake said. “I’m seriously so proud of her.”

“It’s exciting to finally have a good race,” Moraczewski said. “I didn’t have a very good start to the season. It definitely builds confidence, but it’s still really early.”

Hopkins said Moraczewski was on the East Coast during the summer and was away from the team.

“I think the first couple weeks were a little bit of reverse culture shock, just to get her brain back engaged,” she said.

Moraczewski finished the Oz Memorial with a time of 22:29.00, more than a minute slower than her Griak time.

Hopkins said she saw a shift in the senior’s focus in practice and workouts after the Oz.

“I think after the Oz, it was sort of like, ‘This isn’t the type of runner that I am. This isn’t the person that I am, and I’ve got to really get my brain going here,’” she said.

Moraczewski said her result at the Griak built confidence, but she mentioned that it was still early in the season. She said she’s working on keeping her mental toughness up.

“That’ll be a big step for me,” Moraczewski said. “The mental aspect is my biggest focus for the season.”