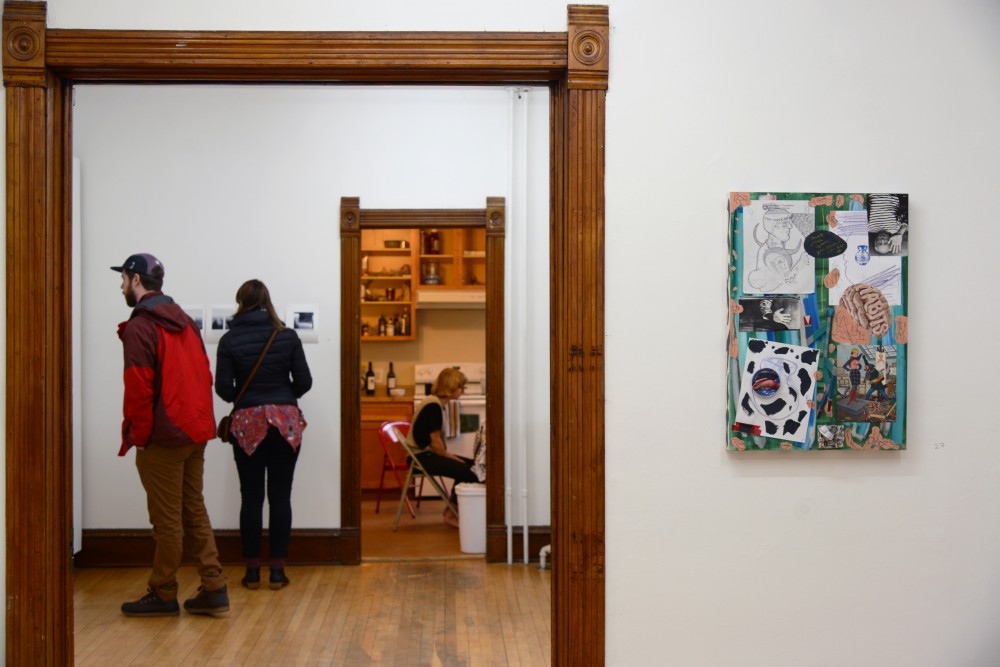 For artistic collective Six Families, fighting for social justice and community building has taken on even more importance with President Donald Trump in office.

“I think we started to organize in order to experience this community thing that everyone talks about,” Six Families member Noah Ophoven-Baldwin said. “I’m far more interested in music or art as a tool to bring people together, rather than any experiment in composition [or] improvisation.”

He said community building is less about kindness and more about having an open-mind.

“Community building just happens when you choose to be loving always in the places you choose to place yourself,” Ophoven-Baldwin said.

Six Families began when its three founding members were enrolled in the University of Minnesota’s music program. Without strictly defined roles, the now 11 members rely on collaboration.

“We meet once a week to discuss upcoming shows,” said Six Families member Toby Ramaswamy. “Grant-writing, collaborations, opportunities. People take on tasks on a case-by-case basis. Everything works better when we focus on supporting one another.”

“It’s very hard to find spaces for things that don’t fit into generic performance molds,” said Six Families member Patrick Marschke. “So we end up in art galleries, DIY spaces and living rooms. Once we get past the technical barriers, it ends up actually being really ideal. We can be very intentional about how the space feels and functions, and it always comes out different and special.”

The organization also functions as a musical collaboration. Each member plays in a loose ensemble, recording their own songs and helping others record.

“We’ve all done a number of recording projects,” Ophoven-Baldwin said. “Six Families just got done doing a project with students at the High School for the Recording Arts. That was fantastic.”

The identity of the community and the politics that motivate the people who live here inspire similar grassroots art activism, he said. The Twin Cities act as the family’s twelfth member.

“Minneapolis feels a lot like a collective actually,” Marschke said. “The music community especially feels very familial and supportive. And the funding from the state goes a really long way — in more ways than you can imagine.”

The group is focused on finding solutions for problems that face the local art community, and many national organizations that protect civil liberties, like the Association for the Advancement of Creative Musicians and Black Artists Group, influence Six Families’ work.

There’s power in a society’s artistic path toward resistance. That and the desire to hold themselves to a higher standard.

“[Community] feels like all we have right now,” Marschke said. “Massive complicated systems make us feel invisible. Community reminds us that humans are more important than the systems. To have a group that keeps inspiring and challenging us all to create new and different things is really special.”