The University says that its fleet of Priuses are no longer deficient. 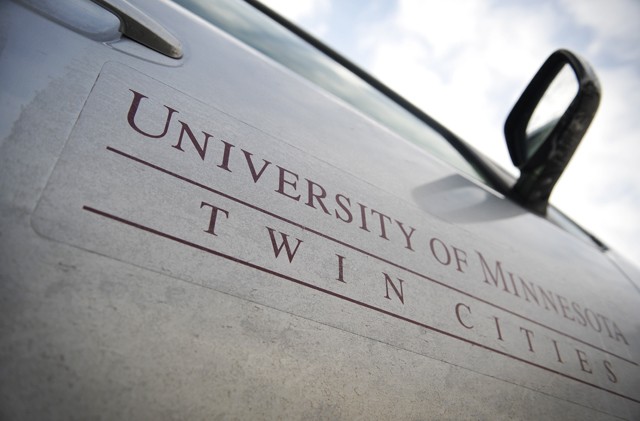 Toyota Priuses made between 2004 and 2009 are being recalled because of reports of interference between the floor mats and accelerator pedals.

Weeks after Toyota Motor Corp. initiated recalls on a number of models for accelerator pedal issues, the Prius was added Wednesday to the list of models under investigation. The Prius is one of 11 models recalled by the Japanese carmaker. The recalled vehicles, mostly the newest models, have accelerator pedals prone to sticking, resulting in unintended acceleration. The Prius is among a group of models for which the floor mats have been determined to cause interference with the accelerator pedal. Jacqueline Brudlos, University Parking and Transportation Services spokeswoman, said the University has removed the floor mats from its cars and does not expect any problems. The second recall, which does not involve the floor mats, does not affect any University vehicles, Brudlos said. More than 100 complaints of brake trouble in the recalled models have also been filed in the United States. Commuter student Uyen Nguyen lives in Coon Rapids with her sister, who drives a 2009 Toyota Corolla. When they heard the recall included their vehicle, they called the dealership. âÄúAt first [the dealership] said not to bring it in,âÄù Nguyen, a chemical engineering junior, said. Her sister opted to get the car checked anyway and everything seemed in order. First-year biochemistry student Linh Trang also drives a new Corolla. She needs it to commute from Shoreview to the University for class each day. Trang said her dad told her about the recall and told her how to handle it if it happens. Toyota advises drivers to apply firm pressure to the brake and shift the car into neutral. Owners are encouraged to take their vehicle to a dealership if they experience any problems. Trang plans to take her car in to get checked even though she hasnâÄôt had any trouble yet. âÄúI donâÄôt think itâÄôs going to show signs; I think itâÄôs just going to happen,âÄù she said. CongressâÄô Committee on Oversight and Government Reform announced last week it would investigate the recall in order to understand a federal government response. âÄîTaryn Wobbema is a senior staff reporter.