A&E recounts the sun-kissed grunge rockers long and winding career and talks to bassist Robert DeLeo before their Minneapolis show this Friday. 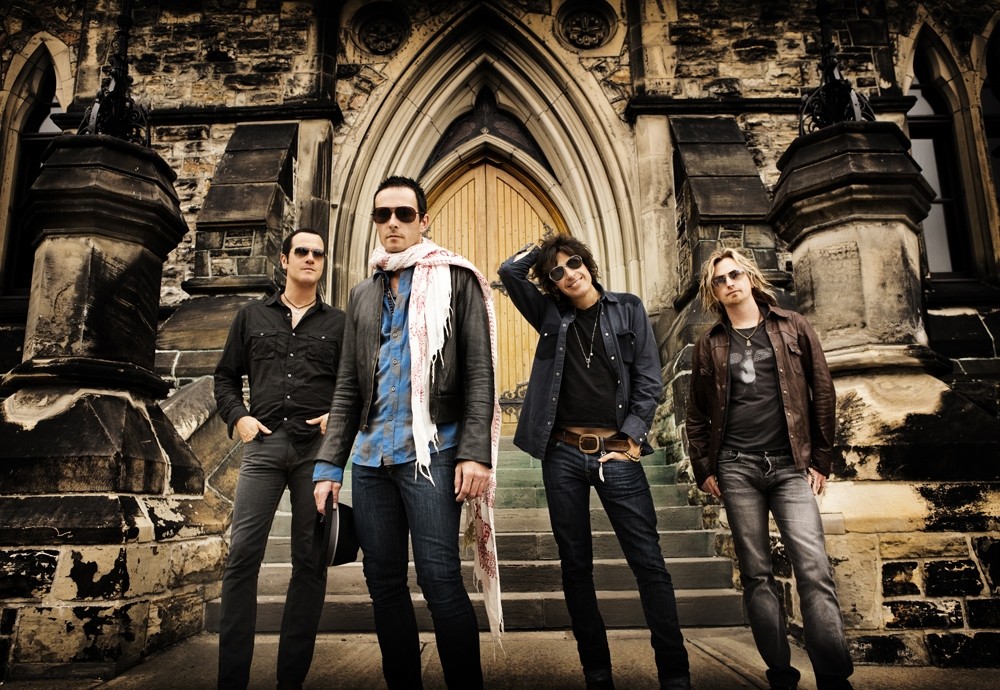 Ever since their chart-topping debut âÄúCore ,âÄù Stone Temple Pilots have born the brunt of an avalanche of criticism. But despite being dismissed by critics as blatant mimics of their grunge peers, STP was met with unprecedented amounts of commercial success early on in their career. The sound was still mean and massive, but what set STP apart was their boisterous demeanor. They lacked all the dull theatrics of Pearl Jam , the angsty brilliance of Kurt Cobain and the heroin-fueled murk of Alice in Chains . Even if their music was never as consistent qualitatively, STP never succumbed to outright imitation. It had its own voice âÄî it was like grunge for the alpha-male except, you know, good. But mid-way through the âÄô90s, frontman Scott WeilandâÄôs devastating and well-publicized spiral into heroin addiction derailed the bandâÄôs commercial success and acted as a catalyst for an endless string of near-break-ups until eventually leading to the groupâÄôs official dissolution in 2003. The members veered off, toiling in their own respective projects that included WeilandâÄôs short-lived role in the not-so-super supergroup Velvet Revolver. But by 2008 the band announced a reunion and set their emotional baggage aside to record a new self-titled album that was released in May. âÄúWhat brought us back together was actually going out and doing other things,âÄù bassist Robert DeLeo said. âÄúI think it was just getting reacquainted with each other and the best way to do that was to get in a room and start playing some songs weâÄôre used to and that kind of brings you back because thereâÄôs a long-enough history there now.âÄù While the new album is certainly a step up from STPâÄôs more recent efforts, it does little to catapult the band back to superstar status. Clocking in at 40 minutes, the end result is rife with over-polished mediocrity and sounds more like a diluted, half-baked cash-grab than a sincere comeback album. Perhaps itâÄôs the bandâÄôs lack of cohesion that accounts for the albumâÄôs shortcomings. Weiland, who wrote the lyrics and recorded the vocals separately, seems utterly detached and exhausted as he sings, âÄúYou always were my favorite drug / Even when we used to take drugs.âÄù Even on the road Weiland operates solo, touring on his own bus with an assistant. But DeLeo explains that the behavior isnâÄôt anything out of the ordinary. âÄúThatâÄôs the way we operate; itâÄôs nothing really new. ItâÄôs just the way we prefer to do things,âÄù DeLeo said. âÄúWeâÄôve been elbow-to-elbow, shoulder-to-shoulder for many, many years. I think weâÄôre all entitled to that and you know thatâÄôs everybodyâÄôs preference to do that and if thatâÄôs what makes it work and keeps it together then so be it, man.âÄù To this day, the bandâÄôs fate still seems tied to WeilandâÄôs tumultuous battle with addiction. Earlier this year Weiland âÄî appearing lost âÄî prompted the rest of the band to leave in the middle of their set after slurring and forgetting lyrics to their 1992 hit âÄúDead and Bloated.âÄù In a recent cover story published by Spin Magazine, DeLeo was quoted suggesting that, while Weiland had kicked heroin years ago, he suspected him of resorting to prescription pills as a substitute. Cynics might have scoffed at the mere mention of a STP reunion, but even after almost two decades the band retains a large following, playing sold-out arenas across the country. While they might never be ushered into the pantheon of rock âÄônâÄô roll, theyâÄôre a band who had greatness within armâÄôs reach and âÄî in the end âÄî stuck together, despite their frayed relationships. ThatâÄôs much more than many of their grunge counterparts could attest to.