Seniors reflect on leadership ahead of Big Ten Championships

The 14 seniors on the team prepared for the conference championships meet. 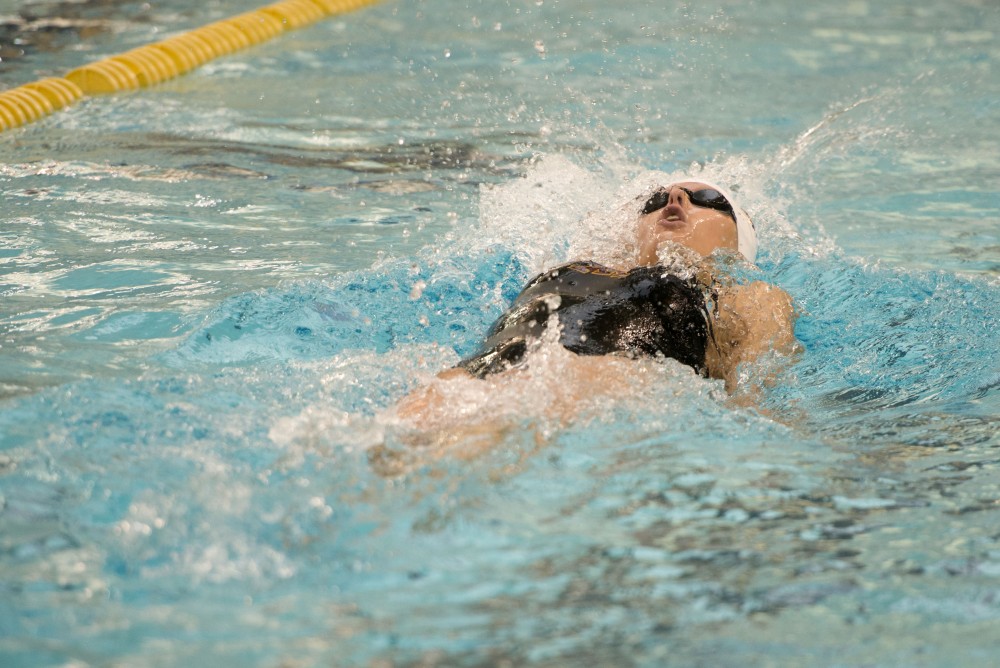 The seniors of the Gophers women’s swimming and diving team are preparing for the Big Ten Championship, and the end of their collegiate careers is approaching quickly. This group of seniors is large, comprising 14 of the 34 swimmers on the roster in the class.

“It’s amazing to have so many girls with different backgrounds and a lot of diversities come together [because] you kind of have an ability to relate to each one of them in a different way,” Avestruz said. “It’s kind of nice to have such a broad range of girls to talk to and train with.”

Having such a large senior class gives them the ability to not only support each other through the season, but also to guide younger teammates. Avestruz said she considers the leadership role she is able to have with the team an honor.

Each of the 14 seniors brings their different experiences to the table when it comes to supporting younger swimmers. Avestruz pointed to the diversity of the senior class as one of their strengths.

The guidance of the senior class has made a lasting impact on the underclassmen who look up to them, and is especially helpful as freshmen like Kate Sullivan prepare for their first-ever Big Ten Championship.

“They’ve really given us advice on how to cope with that stress and anxiety of going into something that big,” Sullivan said. “Just having them remind us that it’s a meet and we’re all there to support each other and it’s an experience to remember for the rest of our lives.”

Even with such a large team and a large group of seniors, the team finds ways to stay close to each other through team dinners and a “big sister, little sister” pairing, which helps freshmen get their bearings while adjusting to college student-athlete life.

“Katelyn Sauder is my big sister,” Sullivan said. “At the beginning of the year she would text me if I needed anything … and overall, I’d say the senior class is like [having] a big sister. I swim distance with Chantal [Nack], Olivia [Johnston] and Lauren [Lalumiere], and I know I can always go to them for any questions.”

Of all the advice the senior class has given its younger teammates, the most impactful is about making the most of your time on the team. Four years seems like a long time as an incoming freshman, but the years go by quickly. Seniors emphasized enjoying the time the swimmers have with their teammates and taking in their experiences as a student-athlete, like being able to compete in the Big Ten Championship.