Hoa Nguyen, a former U student, faces deportation after missing an immigration hearing. 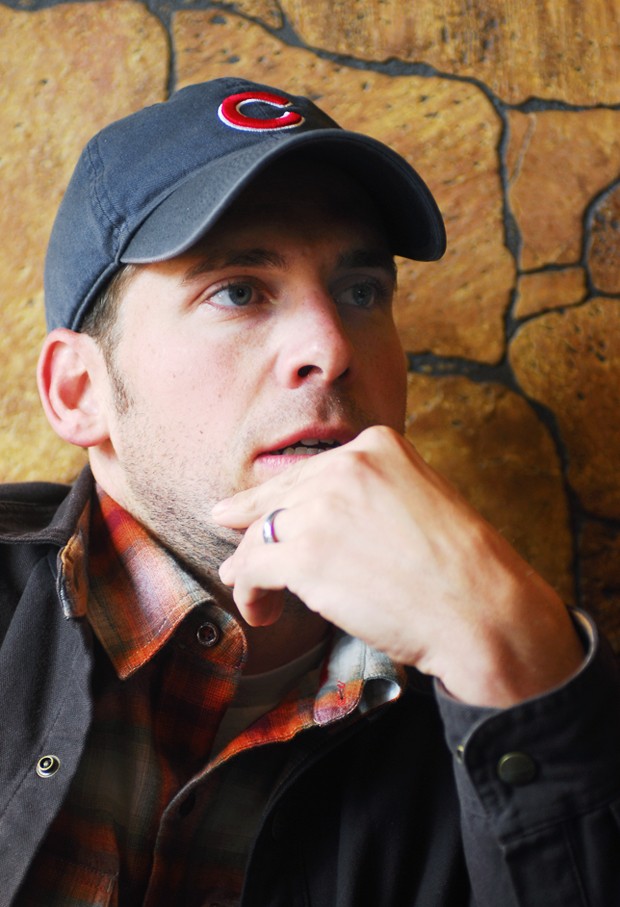 Dan Hanson launched the campaign “Free Hoa” to release his wife from detainment and imminent deportation.

When Hoa Nguyen was arrested at her Uptown home on Aug. 14, she had little reason to believe it was anything more than a misunderstanding. An honors student, documented wife of an American citizen and free of any criminal record, Nguyen seemed an unlikely addition to the Sherburne County Jail where she has been detained since her arrest. Nguyen, 29, said she inadvertently missed her Aug. 13 immigration hearing after confusing the date of the court appearance for being Aug. 23. She now awaits her seemingly imminent deportation back to Vietnam, a country she left more than ten years ago. Since her arrest two months ago, NguyenâÄôs husband, Dan Hanson of Minneapolis, has headed local, national and international fights for his wifeâÄôs release and to keep her from being deported. Despite efforts to âÄúFree Hoa,âÄù as the campaign has been dubbed, Hanson and other supporters admit that he and his wife are legally at fault. âÄúThereâÄôs no question that her and Dan should have done things differently, no oneâÄôs disputing that,âÄù said the coupleâÄôs attorney, Michael Davis. âÄúItâÄôs unfortunate that the laws are written so rigidly that a good faith mistake is so hard to correct.âÄù Nguyen came to the U.S. on a student visa ten years ago to study at Luther College where she graduated summa cum-laude and met her husband. She then attended the University of Minnesota where she earned her masterâÄôs degree in French literature and continued on to pursue a Ph.D. in Francophone studies. According to her affidavit, Nguyen began to feel overwhelmed with her Ph.D. studies and spoke with multiple advisors about taking some time off from her program. Nguyen said the University never informed her that taking time off would affect her student visa status, and she didnâÄôt learn of this consequence until nearly six months later when she encountered problems with customs. Nguyen and Hanson were married in a civil ceremony in Minneapolis in Nov. 2008 and traveled to Vietnam in Jan. 2009 where they had a traditional Vietnamese ceremony. Upon re-entering the U.S. in February, Nguyen was stopped by immigration officers who first informed her that her student visa had expired. Hanson said while they fully intended on complying with immigration law and readily admit their mistakes, they donâÄôt think their punishment fits the crime or the purpose of immigration laws. âÄúWeâÄôre married, weâÄôre documented, we had no idea this was even in the realm of possibilities for what we did,âÄù Hanson said. While the specifics of NguyenâÄôs case are unique in that it stemmed from making a clerical error, the issue of immigration laws separating American families is somewhat widespread. Randall Emery, co-founder of American Families United (AFU), a nonprofit organization that works to represent the interests of immigrant families and to promote immigration legislative reform, said the problem is much bigger than people are aware of, citing NguyenâÄôs case as one of tens of thousands affecting American family units. âÄúThe purpose of immigration law is not to enforce all the fishhooks and bear traps that people can get snagged by and step in,âÄù said Paul Donnelly, an AFU representative in Washington D.C. According to a 2009 report by the Migration Policy Institute, the National Fugitive Operations Program (NFOP), an Immigration and Customs Enforcement (ICE) initiative that began in 2003 under the U.S. Department of Homeland Security was created with the intent of removing âÄúdangerous fugitives.âÄù Despite mandates to arrest illegal immigrants who pose a threat to national security, 73 percent of the 97,000 arrested by NFOP had no criminal convictions. At the time of NguyenâÄôs arrest, ICE was operating under a quota system, in which teams of enforcing officers had to meet annual quotas of least 1,000 fugitive arrests. The quota was lifted in late August due to accused racial profiling by agents in order to yield more arrests. Donnelly said the solution to problems like NguyenâÄôs is to include waiver language in the bill, which would allow for exceptions to be made when technical problems arise in keeping American families together. âÄúThe law should match our values,âÄù Donnelly said. âÄúA U.S. citizen who marries a foreigner shouldnâÄôt have to choose between his country and his marriage.âÄù An immigration reform bill is currently being drafted and is expected to reach the U.S. Senate early in 2010, but Donnelly said he and others are still working to get the waiver language built into the proposal. âÄúSomebody who counts has to ask for it,âÄù he said.