Much of U.S. tap water contaminated by microplastics, study says

Ninety-four percent of samples analyzed by a former University graduate student were contaminated by harmful microplastics. 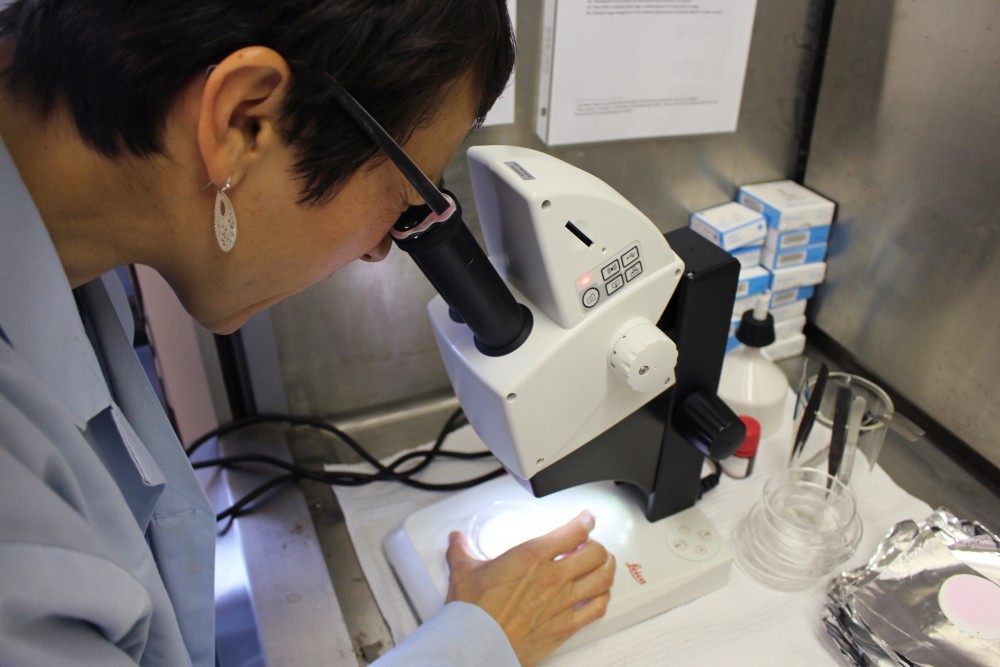 Mary Kosuth works with her microscope on Friday at the School of Public Health in the Mayo Building on East Bank.

The tap water U.S. residents drink every day may be contaminated by harmful microplastics, according to new research by a recent University of Minnesota graduate.

The study tested samples of beer, salts and tap water taken from across the world for traces of plastics, which can be harmful to human health. Ninety-four percent of samples from the U.S. contained the microplastics, according to the study released this month.

“This is … just a very preliminary survey,” said principle investigator Mary Kosuth, who was a University graduate student when she conducted the research earlier this year. “What we’re hoping is to get this information out and to get this into the minds of people — regular citizens, city officials on all levels of government — and have them fund further testing.”

Plastics absorb chemical compounds as they float through water systems, said Elizabeth Minor, head of the department of chemistry and biochemistry at the University’s Duluth campus.

“They also act like tiny islands that bacteria can attach to,” she said, “So you have bacterial films and colonies that can live on plastics.”

These chemicals and bacteria could have a serious effect on human health, Minor said, as the chemicals have been linked to disease in animals, which can be transferred to humans who drink contaminated water.

Kosuth’s study analyzing the prevalence of plastics is one of the first of its kind and found the sources of plastics vary widely. Some were deposited aerially by laundry vents or by wind rushing through polar fleeces. Certain kinds of soaps, like facial cleansers with microbeads, also add microplastics to the environment.

Plus, drinking bottled water could add to microplastic pollution, since plastic litter is often ground down into small pieces that end up in the water supply, Minor said.

Amid growing awareness of the negative impacts of plastics on health and the environment, many people are making personal changes like choosing reusable packaging, said Beth Mercer-Taylor, sustainability education coordinator at the University’s Institute on the Environment.

But lasting change will require increased political will, she said,