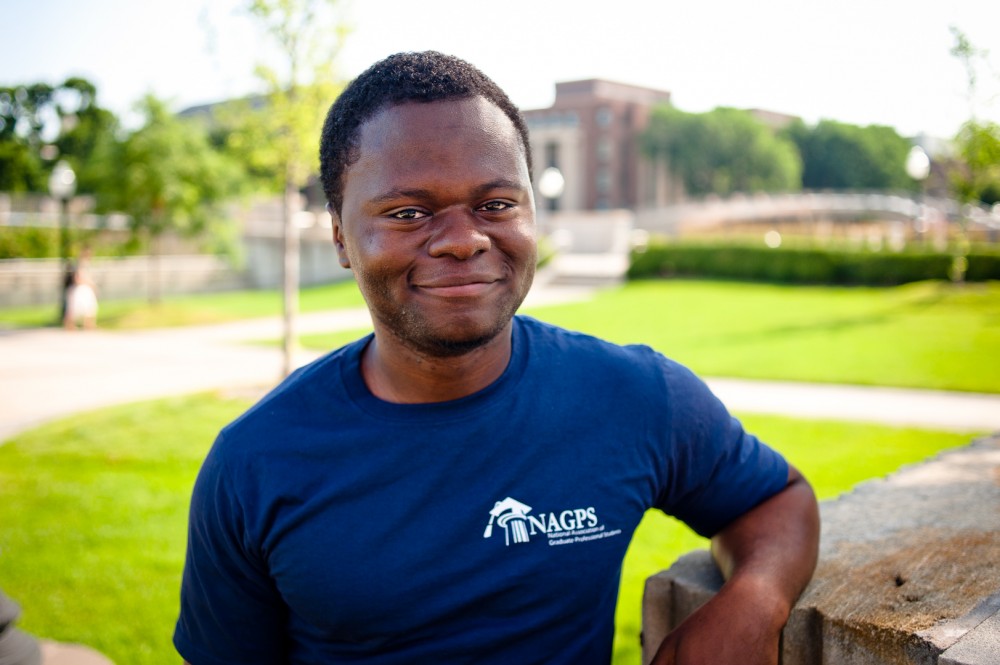 Abou Amara, president of the University of MinnesotaâÄôs graduate student government, is maintaining his innocence as he approaches an impeachment vote this fall.

Amara allegedly posted false information on Twitter, shared unapproved minutes and tried to sway a committee, Bree Dalager, former Graduate and Professional Student Assembly vice president for student affairs, outlined in the formal request in May. However, some GAPSA members think that the accusations are motivated by spite.

âÄúUltimately, I know I did nothing wrong,âÄù Amara said. âÄúI know the truth is on my side.âÄù

During the April GAPSA election, Amara said in multiple forums that opponent Paul Freeman would like GAPSA to advocate for a policy similar to the Wisconsin âÄúAnti-Collective Bargaining/Union Busting BillâÄù for Minnesota. Freeman later said Amara took his comment out of context and that it was meant sarcastically. In the charges, Dalager alleges that Amara twisted FreemanâÄôs words.

Amara maintained in an interview with the Minnesota Daily that the statement appeared serious.

In the impeachment documents, Dalager alleges that Amara further skewed FreemanâÄôs words by distributing unapproved minutes from that meeting.

In another charge, Dalager claims that Amara threatened to formally complain of the Internal Affairs CommitteeâÄôs impartiality if it didnâÄôt rule a certain way.

Dalager also alleges that Amara said he would nullify her GAPSA restructuring proposal if it passed.

âÄúIt should go without saying that the president of a representative organization is not a dictator,âÄù Dalager wrote in the impeachment request.

Amara said the election-related charges arenâÄôt valid because the All Campus Election Commission handles those and only an opponent of a candidate can make such complaints.

âÄúI really wish [the impeachment] would happen but I donâÄôt think it will pass,âÄù Price said, explaining that several assembly members would vote to keep Amara because they are in favor of a graduate student union, which he also supports.

A committee will review DalagerâÄôs claims and hear from her and Amara in late August before making a recommendation to the assembly, which will then vote on whether to follow that recommendation.

Besides impeaching him, the committee could rule to publicly reprimand Amara, hold back his stipend money or âÄúslap [him] on the wrist,âÄù said Terrance Paape, the at-large director on the executive board. The assembly must discuss and agree to the committeeâÄôs recommendation. The assembly could make its decision as early as its Sept. 14 meeting, but committee members can take longer if they choose, said Matt Little, who will serve as chairman.

âÄúI think this is just a vendetta brought about by a former member of the executive board who just canâÄôt let things go,âÄù Paape said, adding that he doesnâÄôt think the charges merit impeachment.

The assembly didnâÄôt vote Dalager back onto the executive board in the April election.

Matt McGeachy, an at-large director on the board last year, said in an email that the charges are âÄúcompletely baseless and motivated by spite.âÄù

The last GAPSA impeachment attempt, which was unsuccessful, was in the 2003-04 school year. The vice president for public affairs at the time tried to impeach Todd Powell by an email vote from the executive board. Powell wasnâÄôt doing his job and didnâÄôt attend meetings, said Dalager, who learned of the attempt as a GAPSA office assistant the following year.

After former GAPSA President Ryan Kennedy stepped down this past January, the executive board appointed Amara as interim president. Amara then beat Freeman in the April election by more than 400 votes, the Daily previously reported.

Facing impeachment, Amara plans to continue focusing on his job as president.

âÄúI have faith in the process,âÄù Amara said. âÄúOnce this is all done we can move forward.âÄù