Kylie Schermann competes in just three events but has a major impact. 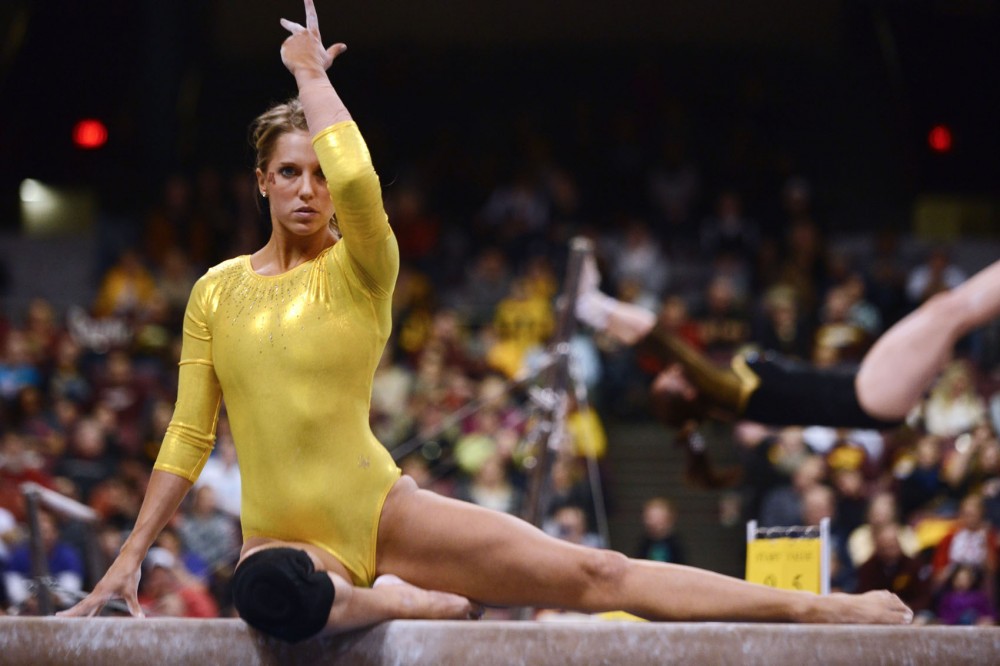 In an earlier meet this season that pitted Minnesota against Nebraska, a unique opportunity presented itself to junior Kylie Schermann.

“My mom actually went to the University of Nebraska,” Schermann said. “It was their alumni night … so she was kind of playing both sides.”

Schermann posted scores of 9.8 or higher in all three events that night. And she showed off her talents to the woman who raised her and trained her since she was 12 years old.

Schermann regularly competes in three of the four events for the Gophers.

Schermann’s development this season has been aided by her focus exclusively on vault, balance beam and floor.

After spending the first two seasons of her career competing in all four events, Schermann and Stephenson decided to switch up her training this season.

Schermann said she struggled with uneven bars even before arriving on campus.

Her progress on the three other events has been evident this season, culminating in her career-high score on beam last weekend.

“It was amazing,” Schermann said. “When you go up there, you just want to make your team proud.”

That score earned her Big Ten Event Specialist of the Week.

“The Big Ten is very competitive,” Schermann said. “There are tons of good athletes from every different school, so it just motivates me even more to do as best I can.”

While her high scores have been impressive this season, her consistency has been another key to success.

“I think it has a lot to do with experience,” Schermann said. “The more competitions you get out there, the less nervous you get.”

Though she is starting to flourish at this point in the season, her season didn’t start off well.

She scored an 8.6 on beam in a meet against Washington, and she said the start brought her “back to reality.”

Still, the upstart junior bounced back, and Stephenson said she is happy with her progress.

Gophers sophomore Lindsay Mable said the focus and effort Schermann puts in shows the type of role model she is for the underclassmen.

“I think she’s a natural-born leader,” Mable said. “She doesn’t necessarily have to try to step into that position. She just sets her example, and others follow.”