The University of Minnesota is one of 10 power-five schools that has never hosted the event. 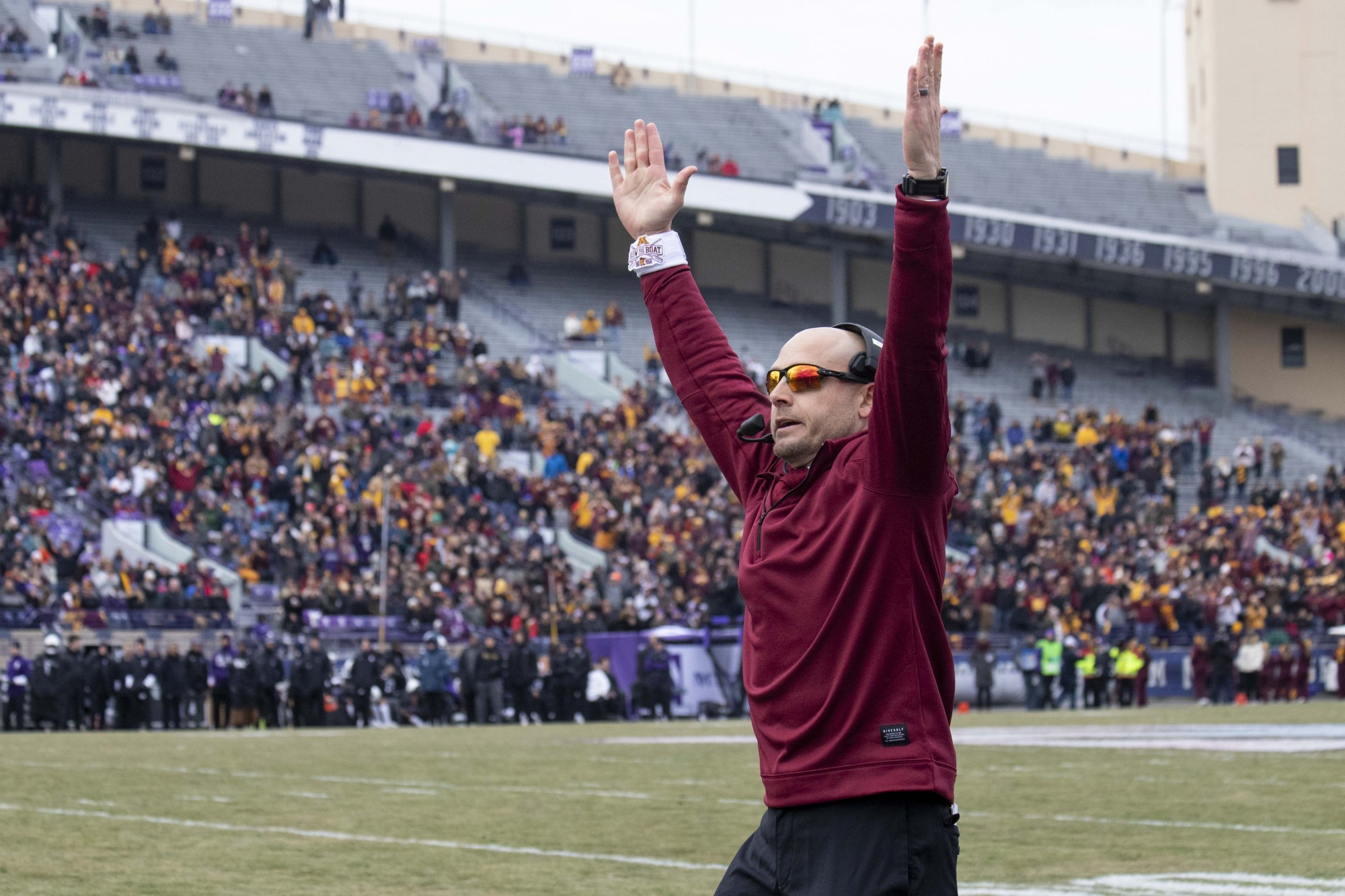 Head Coach P.J. Fleck signals a touchdown at Ryan Field during the game against the Northwestern Wildcats on Saturday, Nov. 23. The Gophers earned a 38-22 victory bringing their record to 10-1.

For the first time in program history, the Gophers will play host to ESPN’s College Gameday, the network’s flagship college football pregame show, next Saturday when the Wisconsin Badgers come to town for the battle for Paul Bunyan’s Axe.

Not that the spotlight needed to be brighter, but the showdown marks the first time the Gophers are defending “The Axe” in 15 years, with the winner crowned as the Big Ten West champion and a date with No. 2 Ohio State in the Big Ten Championship game the week after.

It’s been a long time coming for the Gophers, who are just one of 10 power-five conference teams to never host the show. That will change on Saturday Nov. 30 at 8 a.m. The show, which will run until 11 a.m., is hosted by Rece Davis and features college football analysts Desmond Howard, Kirk Herbstreit and Lee Corso and will feature a guest picker.

It’s the second time in three weeks the show has considered stopping in Dinkytown. There was heavy consideration leading up to the Penn State game that the show might make its long awaited arrival in Minneapolis. However, LSU and Alabama had other plans. This time around, Minnesota and Wisconsin proved too good to pass up.