Underage drinking was a common factor in crimes last weekend. 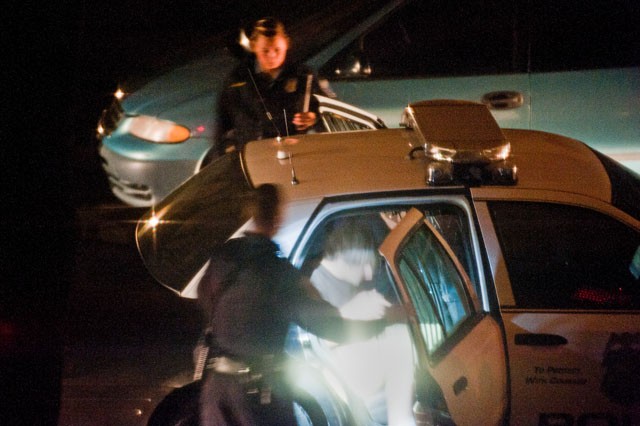 Two men are arrested Friday night after fighting outside a home in the Como Neighborhood.

With the exception of the early closing of a St. Paul campus concert, Spring Jam 2011 saw no major crimes on campus.

University of Minnesota police Deputy Chief Chuck Miner said there were Saturday night disturbances in Dinkytown and off-campus areas that resulted in few arrests and citations. Underage drinking made up a majority of the mishaps.

-The Trampled by Turtles concert ended early after hundreds rushed one of the entrances of the Animal Arena on St. Paul Campus. The facility holds up to 500 people, and Miner estimated an additional 700 were trying to get in. The crowd outside was initially pushing the fence around the arena. At one point, a man jumped the fence and entered the arena but was quickly arrested.

Contemporary Services Corporation security personnel told University police the crowd was becoming disruptive âÄúto the point of unrest.âÄù The garage door on the west side of the building had been closed to keep the crowd out, but people outside the door pried it open and rushed inside.

Police shut the event down at about 8:40 p.m., approximately 20 minutes before it was scheduled to end, concert attendee Brian Strock said. He said he saw a few people crowd surfing but nothing too chaotic.

âÄúThe real failure was putting Trampled by Turtles in a small venue and having it advertised as free,âÄù Strock said.

The crowd left in an orderly fashion, he said, but they âÄúwere not happy.âÄù

-A man who had a previous encounter with the police at the Trampled by Turtles concert flipped off a squad car on Transit Avenue in St. Paul. He said he was angry at police for shutting down the concert. The 18-year-old was intoxicated and was charged with minor consumption.

-An intoxicated 19-year-old man climbed a building sign outside of the Lions Research building with an open liter of vodka. He was cited for minor consumption.

-A group of about 30 individuals was caught stripping in front of Northrop Auditorium at about 5 a.m. Friday. They scattered upon police arrival, although four men, ages 18 to 20, remained. They admitted to consuming alcohol beforehand and were issued underage drinking citations.

-A man threw a bottle of Jameson whiskey into  the grass and headed the opposite direction after spotting a squad car in the Dinkytown area. He admitted to police he was nervous because he was only 19 and was charged with minor consumption.

-Officers found a 20-year-old man passed out with a sweatshirt over his head on Washington Avenue. Police had to help him get into their squad car, and he was later cited for minor consumption and transported to the University of Minnesota Medical Center for further care.

-A University student was pulled over for expired tabs on Church Street, and when the officer saw a bottle of Bacardi Limon in âÄúplain sight,âÄù the driver was also cited for being in possession of alcohol as a minor.

-An officer observed a man walk into the bushes bordering the Armory and reappear as he was zipping up his pants. The student was issued a citation for public urination.

-Three hours later, two men were found urinating behind the House of Hanson Grocery Store and were issued citations for public urination.