UMN School of Public Health community calls for change, speak out against racism

Multiple letters have been addressed to leadership, some calling for the resignation of dean John Finnegan. 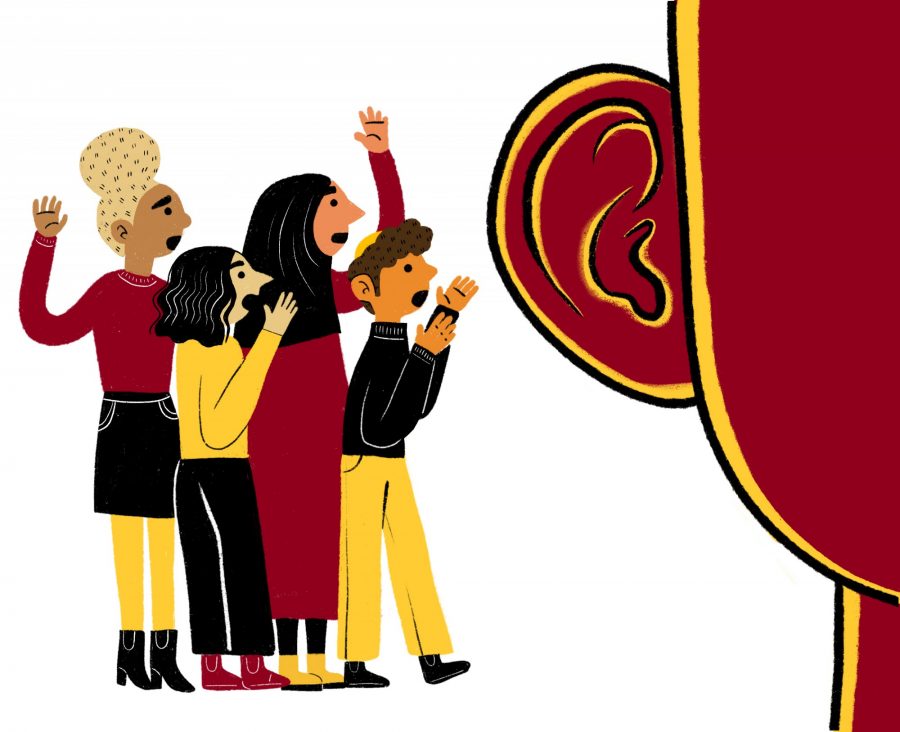 Amid a declaration from Minneapolis elevating racism to a public health emergency, community members within the University of Minnesota’s School of Public Health are demanding more from administration.

In early June, SPH students, staff, faculty and alumni sent individual letters and signed onto larger ones addressed to members of University and SPH leadership regarding racism within the school. Community members said they were motivated by the police killing of George Floyd and an article written by alum Dr. Sirry Alang, who later detailed her experience with racism in SPH in an open letter.

Some have also called for the resignation of SPH Dean John Finnegan, claiming he has not taken enough steps to improve anti-racism work in SPH.

Rachel Cruz, an SPH masters student, said that she and fellow students in her cohort felt it was important for administration to commit to specific, tangible actions to increase diversity and increase awareness of how race impacts health.

“We don’t think it is enough for the school leadership to highlight individual students and professors who do anti-racist work; rather, we want to see the school as a whole committed to fostering a culture of anti-racism,” she said in an email to the Minnesota Daily. “If the school leadership is not committed to this change, then I do not think they can continue to call themselves a credible school of public health.”

Why people are speaking out

Organizers noted that this was not the first push for change of its kind in SPH. Many have spent years identifying and speaking out against racism in the school.

Donna McAlpine, director of graduate studies for Ph.D. and M.S. in the school, has been a member of the faculty since 2001. She wrote a June 11 letter to President Gabel saying that she was dismayed by Dean Finnegan’s recent “State of School” address because it did not note tangible steps toward change.

McAlpine said she has long been made aware of the “tip of the iceberg” of what issues students of color face in the predominantly white school.

“I’ve heard lots of concerns from our students over the years about being tokenized, racist incidents in the classroom or in the hallways, not knowing quite what to do when they experience or perceive our race,” McAlpine said. “… Although we continually talk about diversifying our faculty, staff and students, it’s not clear that we’ve done anything to really meaningfully change that over the years.”

McAlpine and many BIPOC students said Black students are often tokenized in advertisements for the school and criticized for their appearance and hair. Latinx students are often being asked about their country of origin — as if they could not be from Minnesota — and whether or not they were documented.

Mahesh Mathew, an Indian masters student who is blind, said he was often made to feel “invisible” during his time in SPH and that students would often ignore him on the rare occasions he would ask for help or that some would even mock him, assuming he was unable to notice.

Mathew, who said he has experienced a history of harassment and profiling within SPH, said that he often felt isolated and excluded due to his race, disability and status as an international student.

Another student — who asked not to be identified due to fear of retaliation — said they also had a largely negative experience in SPH due to racial and disability discrimination, to the point of eventually transferring to a different program.

Having graduated from a different predominantly white institution, Susana Carlos came to SPH “mentally prepared” to enter her graduate program as a Latinx student. She said she was still dismayed at what she experienced and saw her peers face. She noted an incident where a student was discouraged from bringing up race in a class discussion because “race complicates things.”

“I sat helpless, cringing in my own skin, because I do not have the privilege to pick apart my identities,” Carlos said. “I similarly have been shut down by administration for asking about classroom experiences because I should have filled out the evaluation.”

A University alum and SPH dean since 2005, Finnegan said SPH administration has been working on ongoing efforts since fall 2019 to address these concerns.

“These letters hold up a mirror of accountability, identifying important areas to consider as we work to center our school around equity, diversity, inclusion, and racial justice,” Finnegan wrote in an email to the Minnesota Daily. “I support our school community in calling for action and join them in committing to sustained, structural change.”

While some in SPH have acknowledged these commitments, some remain unconvinced of the sincerity and substance of these efforts.

SPH Student Senate President Ian Passe said, from what they gathered working with the dean, Finnegan sees his role more so as one meant to support other peoples’ initiatives and goals rather than directly leading change.