Carr opts out of NBA Draft, will return to Minnesota

Marcus Carr will return to the Gophers for his redshirt junior season. 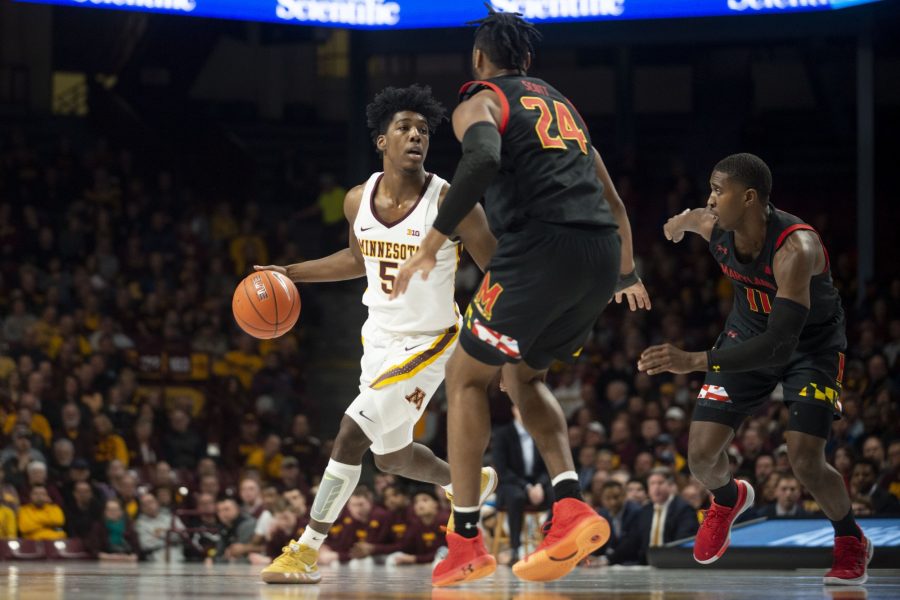 Gophers Guard Marcus Carr dribbles the ball up the court at Williams Arena on Wednesday, Feb. 26, 2020. The Gophers went into the second half with a 47-31 lead over the Maryland Terrapins.

Gophers’ guard Marcus Carr is withdrawing from the NBA Draft and will return to Minnesota for his redshirt junior season, according to the Star Tribune.

Carr was an All-Big Ten selection last season and set a school record with 207 assists in a single season. He was also second on the team in scoring behind center Daniel Oturu, averaging 15.4 points per game. Carr’s return is big for a Gophers’ team looking to return to the NCAA tournament.

Joining Carr this season will be incoming freshmen Martice Mitchell, Jamal Mashburn Jr. and David Mutaf. Mitchell and Mashburn Jr. are both four-star recruits, according to 247Sports with Mutaf listed as a three-star.

Also hoping to join Carr this season are a trio of transfers Both Gach, Brandon Johnson and Liam Robbins. All three will need a waiver in order to play this season.