In total, 27 players competed in developmental or local leagues. 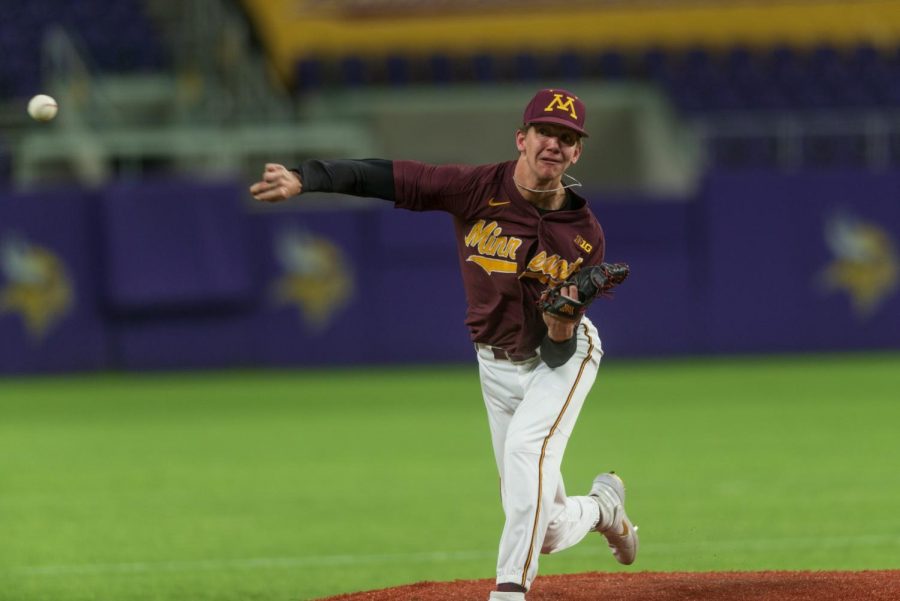 As spring turned to summer, the pessimism about playing summer baseball continued to grow for Gophers’ baseball players.
For collegiate players, the inability to play would be quite the disappointment. Not only is summer league baseball a great way for players to develop their game through live innings, it also provides players the opportunity to travel to different parts of the country and play with new teammates and coaches. And in the year 2020, players would appreciate this opportunity even more after missing out on most of the college season.
Like many other summer activities, the likelihood of baseball being played seemed slim due to COVID-19. But for some Gophers’ baseball players, they were thankful to eventually have some options later in the summer. In total, 27 Gophers played in some sort of summer league, whether it be for a local team or a developmental league for collegiate players. A majority of Gophers participated in the Northwoods League, which gradually started play in mid-June and early July.
To continue to play baseball, the Northwoods League created different pods of teams to compete throughout the summer rather than have every team travel to several states to play every team in the league. One pod in particular included teams only from Minnesota and Iowa.
One of the standouts from Minnesota’s roster was Chase Stanke. The third-year catcher was named to the Northwoods League Postseason All-Star team after spending time with the Willmar Stingers over the summer, batting .310 with 22 RBI and 14 runs in 100 at bats. Stanke said playing well at the plate helped build his confidence and also learn what he needed to improve on in his game.
“I did well in some areas, but there were other areas I learned I really needed to work on,” Stanke said. “It was a summer about gathering information on where I was at, if I had progressed on things I worked on at home over quarantine and seeing what areas I need to improve on.”
Summer league was also beneficial for pitchers on the Gophers’ staff. Second-year Trent Schoeberl played for the Saint Cloud Rox, pitching 26 innings — the most of any Gophers pitcher — with an ERA of 3.81 and 20 strikeouts. Schoeberl stressed how important it was for him and other pitchers to throw live innings instead of only having throwing workouts outside of games.
“With spring being cut short, I thought it was a great opportunity to get out and work on stuff that I’m going to need for the fall and spring this year,” Schoeberl said. “So, just getting out and being able to throw every day, especially having some teammates there from school, I thought it was very beneficial to get on the mound and throw to live hitters because you can’t create those situations until you’re actually in a game facing live hitters.”
Up next for Minnesota is fall practice in preparation for the 2021 season. The Gophers are following the University’s COVID-19 protocols for athletics and are able to return to some sense of normalcy. Stanke said he is more appreciative of practice than ever before.
“I’d go crazy if I couldn’t do anything baseball related with being stuck in the apartment all day,” he said. “So, to be able to go to the field and practice and get some work in is going to be nice.”