The start of the Big Ten football season is still unknown, but possible Thanksgiving and October start dates are being floated. 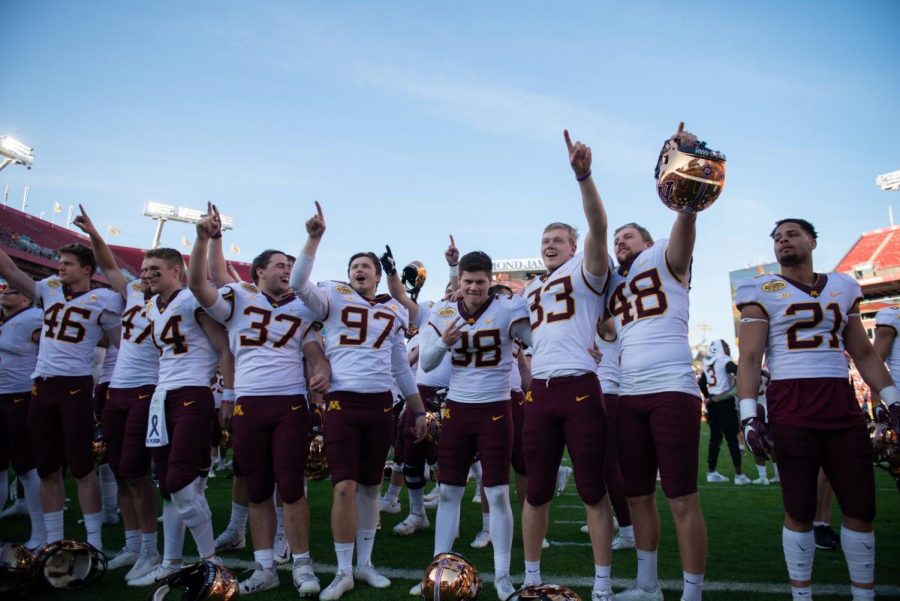 The Big Ten and Pac-12 conferences haven’t stopped the rest of the college football season.
On Tuesday, Aug. 11, the Big Ten school presidents met to decide the fate of the 2020 college football season. Ultimately, they canceled the fall football season with hopes of playing in the spring of 2021.
University of Minnesota President Joan Gabel told the Pioneer Press, “What we talked about was safety and our desire and absolute commitment that safety is first. Until we have a better understanding, more complete medical information. That was what was driving our decision.”
The Big Ten was not alone in the cancellation, as the Pac-12, along with a handful of subdivision schools, followed suit. These cancellations stemmed from the ongoing concern of the global pandemic that has changed sports throughout the entire year.
Fans saw seasons cut short in March and the MLB delay the start of its season, and now they are seeing more sports get canceled for the time being. Presidents and commissioners are in uncharted territory right now and are all handling it differently.
The college football season kicked off Thursday, Sept. 3, in a double-header night. No Power Five school played in the first week, but that all changes Saturday. The Gophers will be forced to sit and watch other top-25 teams play while sidelined for the foreseeable future.
There was some positive news regarding testing over the summer for Gophers athletics. At the start of September, dating back to June, there were only 43 positive test results in a sample of 1,406 COVID-19 tests.
Following the cancellation of the Big Ten football season, players, fans and even politicians have tried to urge the Big Ten to reconsider its decision. There have been discussions of different start dates for the Big Ten, including an early-mid October start, Thanksgiving start or even right after the New Year.
Dan Patrick said on his show that the Big Ten is targeting an Oct. 10 start date if certain hurdles are cleared.
null

The prospect of starting around Thanksgiving would give players enough time before the NFL draft to recover and not sit out this season. It also would allow enough time before next season, avoiding another delay.
In mid-August, Big Ten football players circulated a petition online to help save the season, reportedly started by Ohio State quarterback Justin Fields.
No official decision has been made regarding the Big Ten football season, but, according to 247Sports, a vote could come very soon