"Landscapes of Hope" catalogues places where the George Floyd protests occurred, and aims to show the role our surroundings play in achieving social change. 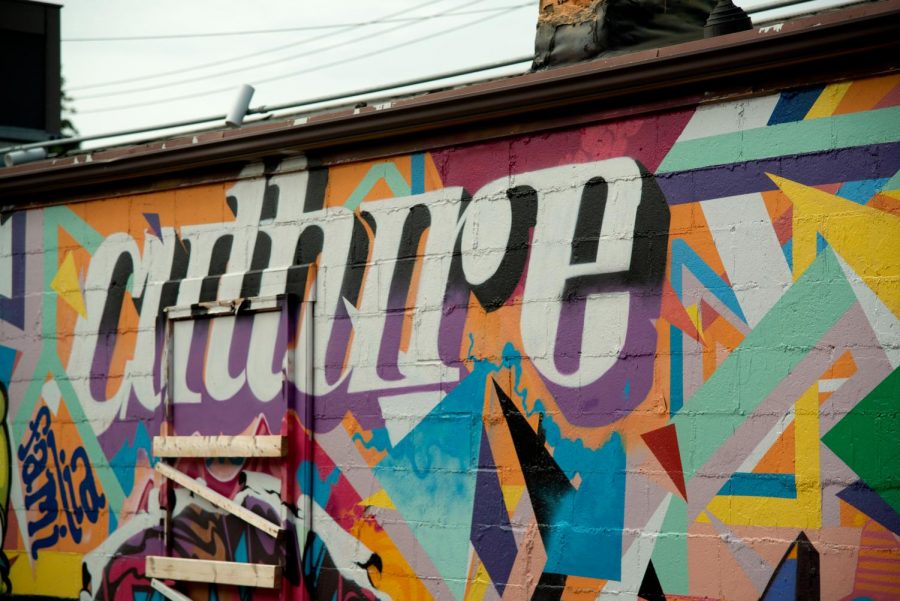 Ayeeyo Childcare Center’s wall covered with murals as seen on Friday, Sept. 11. The center is one of the more than 200 buildings which are featured in Landscapes of Hope.

A University of Minnesota professor in the College of Design created a platform to share stories of communities through buildings and places in the Twin Cities where the George Floyd protests occurred.

On an online platform called “Landscapes of Hope,” professor Tasoulla Hadjiyanni catalogued more than 200 buildings in the Twin Cities neighborhoods. Each building on the website is accompanied by a photo and story collected by Hadjiyanni that indicates the building’s significance in the community. Hadjiyanni said she wanted to do more to serve the community through storytelling and to show students the impact the “built environment” can have in achieving social and racial justice.

In a couple months, the platform will be accessible as a map, so viewers can see the locations along with their stories.

“I wanted to help people see a way forward. I felt that Minneapolis has a lot of disparities, but at the same time, it offers us a lot of solutions as to how we can move forward,” said Hadjiyanni. “We just need to know where to look.”

One of the featured buildings on the platform is Springboard for the Arts — a nonprofit organization based in Minnesota that supports artists and small business owners from marginalized communities. In the last couple of years, the organization worked on transforming a used car dealership into a space for the community. The space included rooms for events, offices and places for creating art.

Three weeks after opening in February, staff members had to close the building due to the pandemic. On May 28, riots caused a small fire and broke windows in the Springboard for the Arts’ building in St. Paul. The sprinkler system in the building stopped the small fire from spreading.

“It was really hard. And I [want to] reinforce the truth that human life, racial justice, addressing the systemic racism and systemic anti-Blackness in our community is way more important than any property,” said Laura Zabel, the executive director of Springboard for the Arts.

The surrounding community played a major role in giving feedback to design the space. The architect, James Garrett Jr., incorporated the feedback and a local construction company, Flannery Construction, would go on to build the space, Zabel said.

Cookie Cart, another featured building, is a nonprofit organization in the Twin Cities that provides teens with employment and leadership opportunities. Despite the pandemic, Cookie Cart continues to provide those opportunities for teens virtually.

When the organization covered its windows, the Cookie Cart’s teens came out to paint the plywood to express solidarity for racial justice.

“For us, especially, we wanted to put art on the plywood, and we wanted to make it into something beautiful,” said Taylor Lubich, the marketing and communications senior manager at Cookie Cart. “[And] that showed that we were standing with our community, that we weren’t closing off.”

The Norway House is also featured on Hadjiyanni’s platform. It is a central hub for connecting the U.S. to contemporary Norway arts, business and culture. This year, the Norway House held their largest fundraising event online and donated a portion of the proceeds to rebuild Lake Street.

During the riots, community members helped each other look after the buildings in their neighborhood.

“We join our Ventura Village neighbors in solidarity in the fight against social injustice. … We are thankful to our neighbors from the American Indian Community who watched over our corridor of Franklin Avenue, including Mindekirken and Norway House each night,” an email from Norway House leaders said.

Hadjiyanni said she hopes to expand the platform to cover protests across the country and the world.

“Gathering the stories, though, help[ed] me … get to know so much more about family-owned, immigrant-owned, Black-owned, women-owned businesses and how our city has so much to offer in terms of becoming a role model for how other cities around the nation and the world can work towards ending systemic racism,” said Hadjiyanni.