Protesters rallied in opposition to the decision by Kentucky's Attorney General to charge one officer with wanton endangerment; no homicide charges were filed. 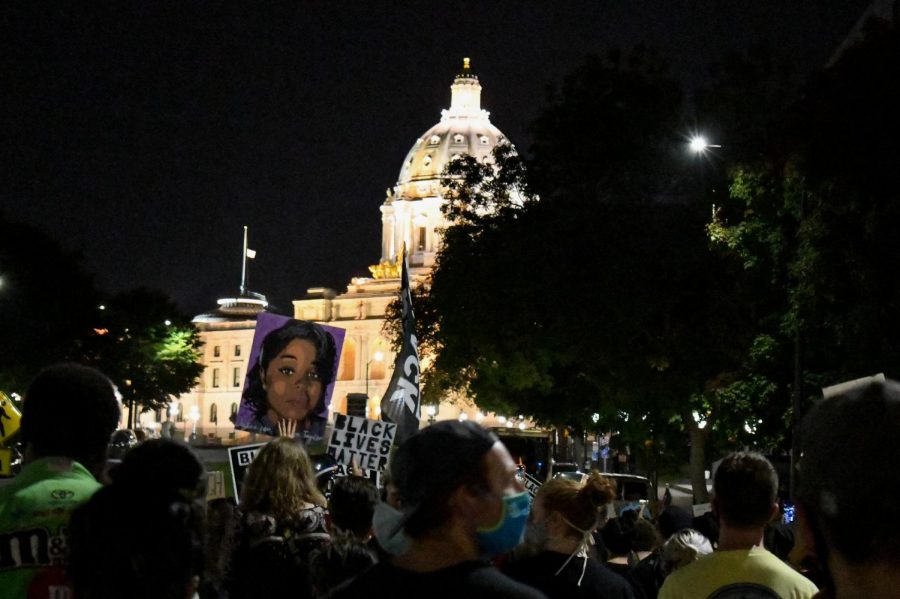 Demonstrators gather outside of the State Capitol to protest on Wednesday, Sep. 23. The protest, which began on the State Capitol mall and ended on Interstate 94, was in response to the recent decision in Louisville, Kentucky not to charge the officers involved in Breonna Taylor’s death.