Trademark Theater prepares for the opening of a new audioplay version of their original production, “Understood.” 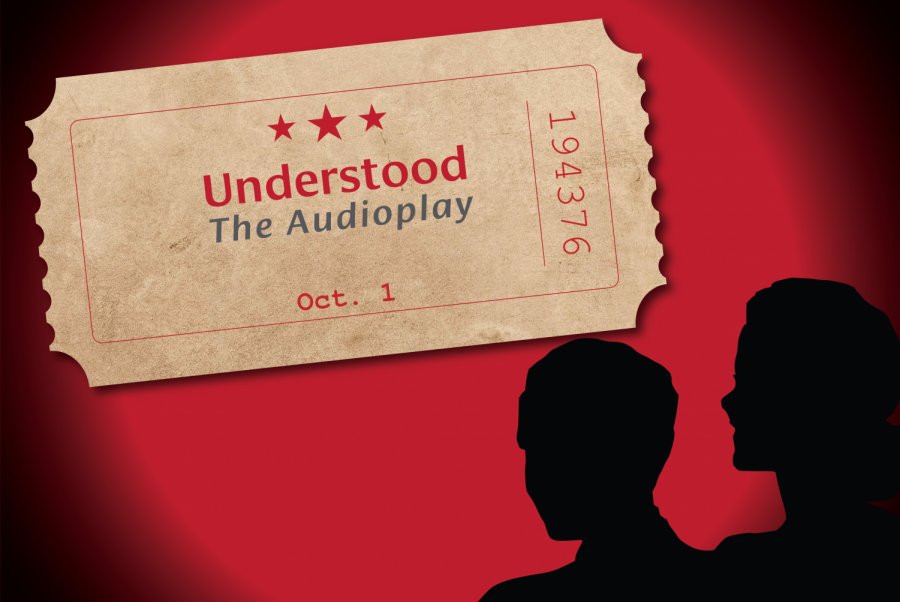 Way back in October of 2018 — seemingly an eternity ago — the Twin Cities theater company Trademark Theater took to Soma Studios in the historic Grain Belt building for the world premiere performance of their original production, “Understood.” The two-person show ran for four weeks with the plot centering around a young married couple struggling with communication and personal differences.

As Trademark enters its fourth season of operation this fall, the company is making final preparations for the opening of a reimagined version of the production: “Understood,” the audioplay.

Streaming Oct. 1-Nov. 4, audioplay tickets are now available for purchase following a pay-what-you-can business model.
The show’s writer, Tyler Mills, sees “Understood” as a relevant reflection on current events. With themes largely centering around political and ideological division, the Trademark team initially planned to put on a second live performance of “Understood” this fall leading up to the presidential election. But, due to the restrictions of COVID-19, the group made the decision to pursue an audio-recorded version.

“The show originally really came out of reaction to the 2016 presidential election and kind of the idea that, regardless of what the outcome was, about half the people were going to be really upset and afraid for their futures at the end of that election,” Mills said.

“In my small way, [“Understood”] felt like a way for me to examine that. And to say, ‘Why is it so difficult to communicate with people that we disagree with and … what can happen if we do take that step?”

The transition to an audio play proved to be a learning experience from a technical standpoint. Sound designer and composer for “Understood,” Katharine Horowitz, found herself in somewhat new territory being in charge of recording, editing, mastering and music composition for the project, but was excited to take on the task.

“I’ve never really done anything like this before, and it turns out that creating an audio play — like mastering it and editing it — is very much like scoring a film,” Horowitz said. ”When you are doing an actual stage play, you have a whole team of other people who are helping you, and you’re helping them. You know you have the lights, you have the costumes, the main set and props. For an audio play, it’s [just] audio. It’s a lot of the sound to help create the environment and create that emotion.”

The adaptation of “Understood” to an auditory medium proved to be an uphill battle from a performance standpoint as well. Co-lead actor Sasha Andreev saw the possible challenges as well as appealing opportunities in his now voice-over role of Chris, the male lead struggling in his relationship.

“Translating it into an audio format took the intimacy level to a whole new level,” Andreev said. “We had to really adjust in the way we listen to each other, the timing of certain scenes or moments.”

Although Trademark was able to put this show together, the artistic director of Trademark Theater and director of “Understood,” Tyler Michaels King, recognizes the difficult situation that performing artists find themselves in during the pandemic.

“I think all of us are still trying to figure out how best to move forward,” Michaels King said. “Even though we’re doing this audio play project, we’re all still struggling to find work and jobs and support ourselves through our art-making.”

Despite harsh restrictions from COVID-19 and the forced pivot from their intended autumn live performance, the folks at Trademark look forward to sharing “Understood” in its latest format.

“It’s really thrilling for a young company to have the opportunity to just try something that’s sort of out of the theater box,” said Michaels King.