Some restaurants around the University campus remain closed or rely on online ordering to sustain sales through an uncertain fall season. 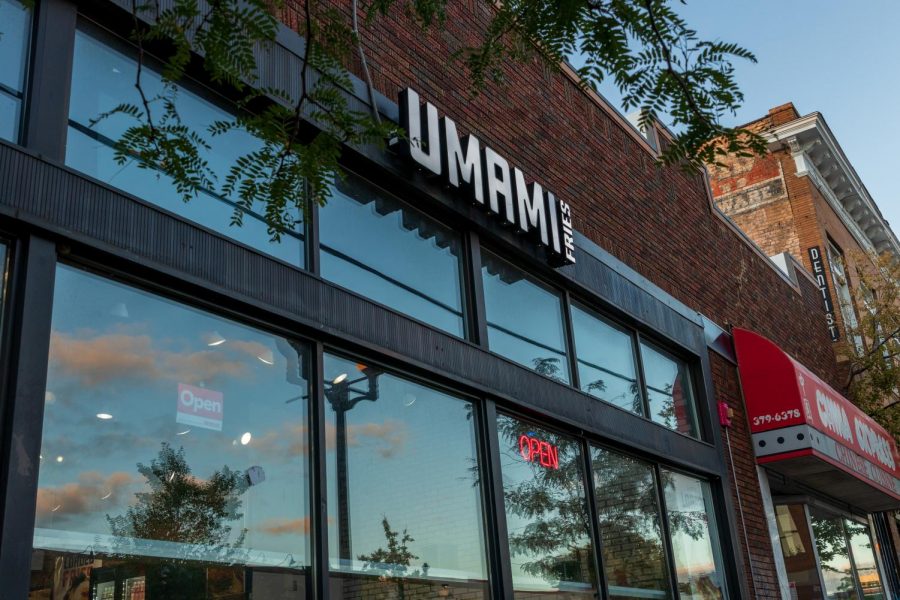 Umami Fries, seen here on Thursday, Oct. 1 on 14th Avenue Southeast in Dinkytown, is one of the many businesses that has changed their service options due to the COVID-19 pandemic.

As students trickle back to campus, many local restaurants are stuck deciding between expanding their services or staying closed.

Some restaurants around the University of Minnesota have remained closed long past the governor’s lockdown order. Others have turned to online ordering methods and a greater focus on takeout to adapt to the market amid the pandemic.

Some Stadium Village restaurants have stayed closed, including Roti Modern Mediterranean and Naf Naf Grill. Sprout Salad Company did not answer phone calls and the doors were locked during listed hours. Dinkytown restaurants that have remained closed include The Purple Onion Cafe, Kitty Cat Club and Burrigato. These businesses could not be reached for comment.

Many restaurants around the East Bank of the University of Minnesota have struggled throughout the pandemic. Restaurants like Al’s Breakfast, Avocadish and Pho Mai have maintained high hopes while businesses like Erbert and Gerbert’s and Wonders Ice Cream closed in recent months.

For Umami Fries, challenges came quickly after the grand opening of their Dinkytown location in January. Two months later, an order from the governor shuttered restaurants throughout the state.

“The timing couldn’t have been worse,” said Samon Xiong, owner and co-founder of Umami Fries. “But we stomached the ride because we had a lot of family helping.”

Xiong said he chose Dinkytown for the restaurant because he knew students would be interested in the menu.

“I think our food represents a lot of our upbringing as first-generation Asian Americans, which is partly why we have a lot of support from family, friends and students,” Xiong said. “It’s like if you were from Philly and you are eating that cheesesteak, it just hits that spot.”

The restaurant reopened with limited hours in late June and contracted with delivery apps to help serve more customers. Umami Fries expanded to be open seven days a week a few days ago.

“We’re hoping for a good fall, but we’re worried the restaurant industry will not come back to that complete circle until next spring,” Xiong said.

Simpls, a soup restaurant and convenience store, closed their three locations, including their Stadium Village shop, due to the pandemic. The stores have no reopening dates set because of the uncertainty and reduced customers.

“On campus, there is a large amount of uncertainty being expressed about the safety of students being on campus with the level of coronavirus community spread,” Ryan Rosenthal, owner of Simpls, said in an email. “A shift to fully online seems to be a real possibility.”

Simpls adapted their model by instead offering scratch-made soups online for delivery to people’s doorsteps. For every quart of soup purchased, Simpls donates a bowl to healthcare workers or community members facing food insecurity, Rosenthal said.

Typically, restaurants depend on football crowds and high student traffic to spike customer turnout. But crowds are thin this year.

With pandemic-driven losses from the spring season, it can be difficult to keep doors open, said Kent Kramp, Dinkytown Business Alliance President and owner of Raising Cane’s Chicken Fingers in Dinkytown. His location is open, but does not receive as much business as it has in previous years.

“We want people to open up businesses in Dinkytown and it’s just a tough climate to open,” Kramp said. “Especially with the shortened semester, it will be hard to be in a good place by winter.”