Minnesota is the fifth Big Ten team to earn a spot in the AP rankings. 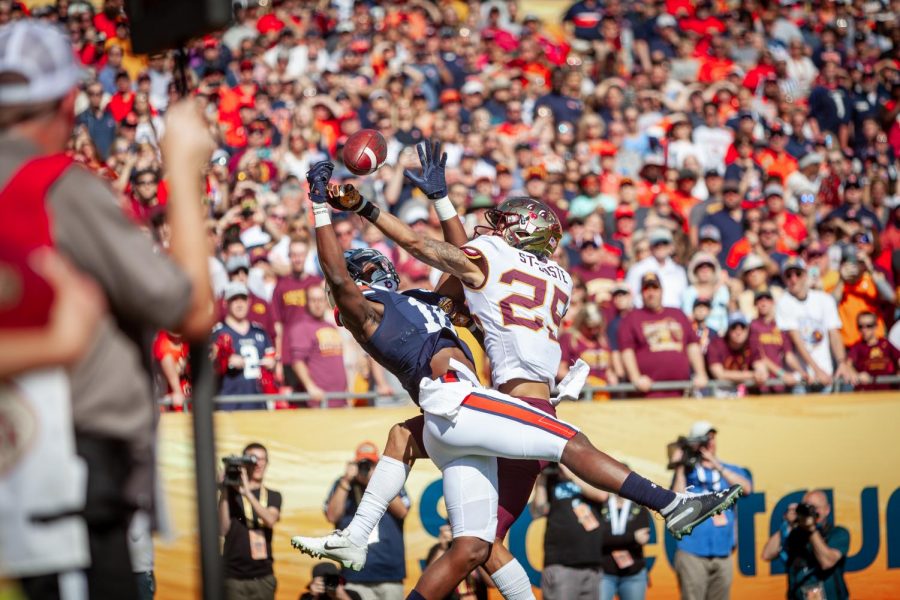 Gophers Defensive back Benjamin St-Juste leaps for an Auburn pass at Raymond James Stadium in Tampa, Florida on Wednesday, Jan. 1.

Despite no games on its schedule until later this month, Minnesota cracked into this week’s rankings with the No. 25 spot in the AP Poll.

Last season, the Gophers first made the rankings on the week of Oct. 13 when they were ranked No. 20 with a 6-0 record. Minnesota never fell out of the rankings for the remainder of 2019 and finished the year ranked 10.

Coming in at No. 25, Minnesota is one of five teams in the Big Ten to be ranked in the AP Poll, behind Ohio State (6), Penn State (9), Wisconsin (16) and Michigan (20). The Gophers open the season against the Wolverines at TCF Bank Stadium Oct. 24 and head to Madison to play the Badgers Nov. 28.