The Panhellenic Council sent a letter to the Interfraternity Executive Council ending their partnership for the rest of the term. 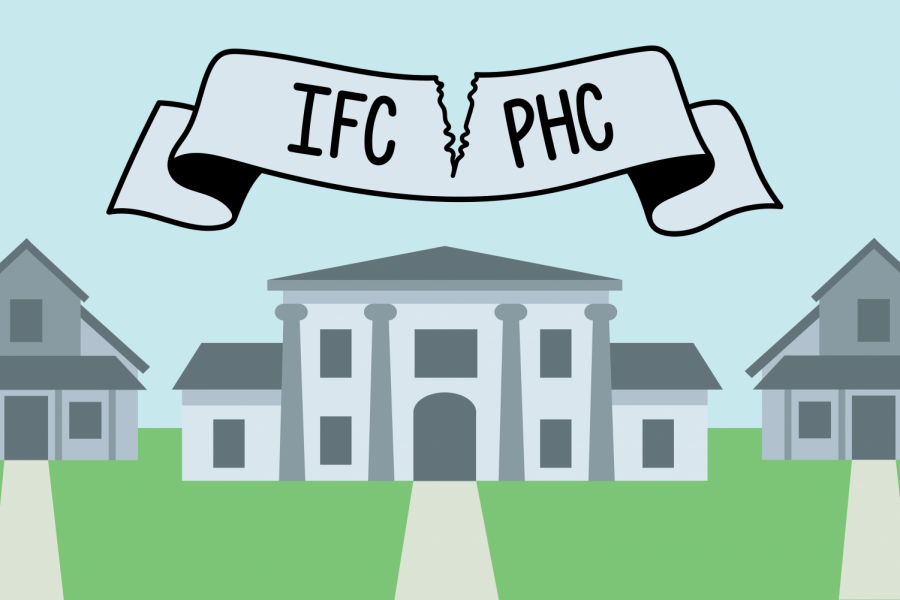 The University of Minnesota Panhellenic Council sent a letter to the Interfraternity Executive Council putting an end to their partnership, a step toward initiating change in Greek life that many sorority members say is ‘long overdue’.

In the letter, the PHC said the relationship between both organizations perpetuates “racism, heteronormativity, sexism, and sexual violence.” As a result of ending the partnership, the PHC and IFC will no longer co-host events, have meetings together or work on projects exclusive to the two councils.

The PHC also expressed its disappointment with the IFC’s lack of initiative with regards to the Black Lives Matter movement. The letter contains a list of requests in order to address several issues affecting Greek life at the University, including increased support for communities of color and increased initiatives for COVID-19 prevention.

“Having the two predominately white councils on campus continue to partner on events that have not been inclusive to all councils at the university sends a harmful message of racism and exclusivity that we are not willing to condone,” the letter said. The National Pan-Hellenic Council, which is composed of historically Black Greek organizations, and the Multicultural Greek Council are separate from both the IFC and the PHC.

Although the letter was not intended to be shared publicly, an Instagram account called @bipoc.umn posted the letter on August 30.

“It’s important to recognize our privilege as a predominantly white organization and the fact that diversity and inclusion wasn’t a topic of conversation in our community until such a catastrophic event occurred in our own city,” Erin Falline, the president of the PHC, said in an email.

The PHC is creating a new position in its executive board titled the vice president of diversity, inclusion and accessibility, Falline said in the email. Their plans for improving diversity and inclusion have been in the works since July.

“It’s important to realize that you need to acknowledge the history behind your [Greek] organization and work with your membership and your headquarters… to see what action you can be taking to make your sorority a better experience for everyone,” said Becky Weiss, president of Sigma Alpha Epsilon Pi, a Jewish sorority affiliated with PHC.

Other sororities and fraternities on campus have also been taking steps to advocate and seek social justice.

Claire Kelley, president of Alpha Omicron Pi, said in an email that her sorority is implementing a plan of action to call for change in Greek life. The sorority established a zero tolerance for discrimination bylaw and is starting monthly conversations about racial justice.

“The change with IFC will give PHC the space and freedom to make those strides and changes. PHC is moving in a different and more inclusive direction than IFC, and we hope this change will motivate IFC to move forward as well,” Kelley said in the email.

“I knew …  certain things that exist [are] deep rooted in Greek life, like the racism, discrimination,  sexism, sexual violence,” said Ayesha Qureshi, vice president of Alpha Phi Gamma, a multicultural sorority. “And obviously PHC and IFC have been really close, since the beginning. So for me, that [letter] was a shock.”

The letter mentions sexual violence as an issue that continues to affect and pervade in the Greek life community. In 2017, the Minnesota Daily covered a series of articles on sexual assault and Greek life.

“[Alpha Phi Gamma] hasn’t had a close relationship with PHC and IFC. So, this is something that I would love to explore just as women on campus… I mean, it’s not even exclusive to women. It’s also men or non-binary folks, but I feel like this letter is kind of the start of something that could be an open and honest conversation in Greek life,” Qureshi said.