The festival, running Oct. 15-22, will feature 24 films and provide exclusive access to discussions with film creatives. 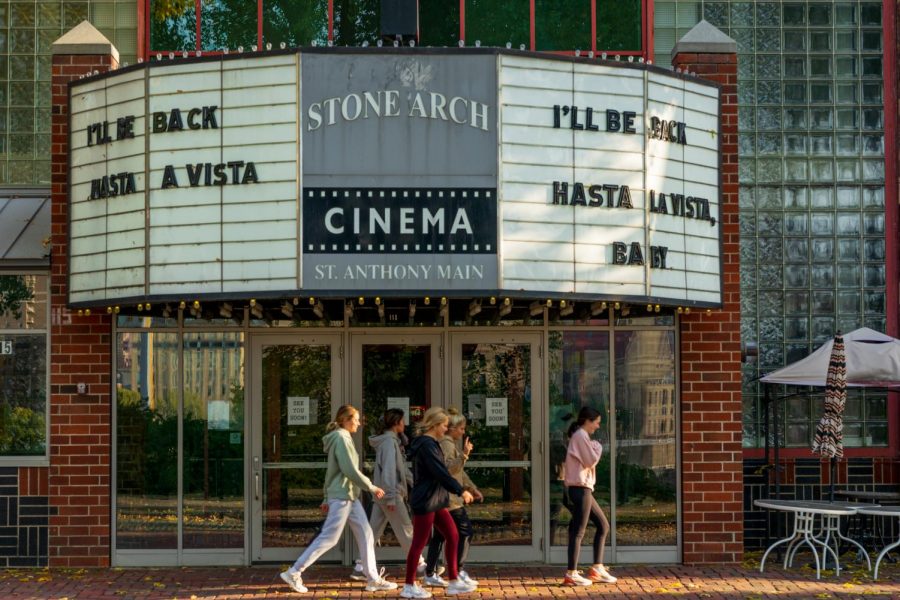 The St. Anthony Main Theater stands vacant on Monday Oct. 5th. The 8th annual Cine Latino, an event celebrating Spanish and Portuguese filmmakers, is scheduled for the week of October 15-22. The event is usually hosted at the theater, but will be virtual this year, due to the pandemic.

It’s been a few months since we’ve hopped on a plane and traveled somewhere new, connected with locals from different countries or experienced a different culture entirely. Luckily, the MSP Film Society will continue connecting individuals with different cultures through their upcoming film festival.

From Oct. 15-22, attendees will have access to 24 different films from Spain, Portugal and Latin America, plus Latino films from the U.S. and Canada, according to artistic director of Cine Latino, Hebe Tabachnik.

The festival presents a wide array of stories, from documentaries to dramedies and everything in between.

Tabachnik couldn’t pick a favorite film, but she did have some recommendations.

For a film that will make you want to get up and dance, she recommended “Two Beats One Soul.” If you’re looking for a moving piece of cinema, check out “Ema.” And if you want a thought-provoking documentary, try “Free Color.”

Although it’s difficult to replace the feeling of being in a packed theater, sharing the same film experience with friends and strangers alike, the virtual options for the festival lend more interactivity to filmmakers and audiences.

“In an era of COVID-19, we’ve found a couple silver linings,” said programming director Jesse Bishop. Because of the online platform, attendees of the event will have access to more filmmaker Q&As than ever before with their all-access passes or tickets.

“It’s a little bit of an opportunity for our audiences to see more of the faces behind these projects,” said Bishop.

Additionally, Cine Latino is able to reach a broader audience outside of the Twin Cities area. Festivalgoers can buy tickets or all-access passes and watch their favorite films on their own times from the comfort of their own homes, wherever that may be.

Cine Latino has built a following in the Twin Cities since its premier eight years ago. Board member of the MSP Film Society and a passionate Cine Latino fan, Paola Nunez Obetz has called this festival “a gift for the community” in the way that the films leave a lasting impact on festivalgoers.

“Every time the festival comes, either Cine Latino or the International Film Festival, it’s like Christmas for me,” said Nunez Obetz. “I am an immigrant and, although I’ve lived in the United States for half my life, I still feel like I get closer to my country and to other countries that are not necessarily mine when I am watching the films and when I am immersed in these films that take you to these stories from around the world.”