The University drew national attention on Twitter as students, politicians and celebrities push for an early voting location on campus. 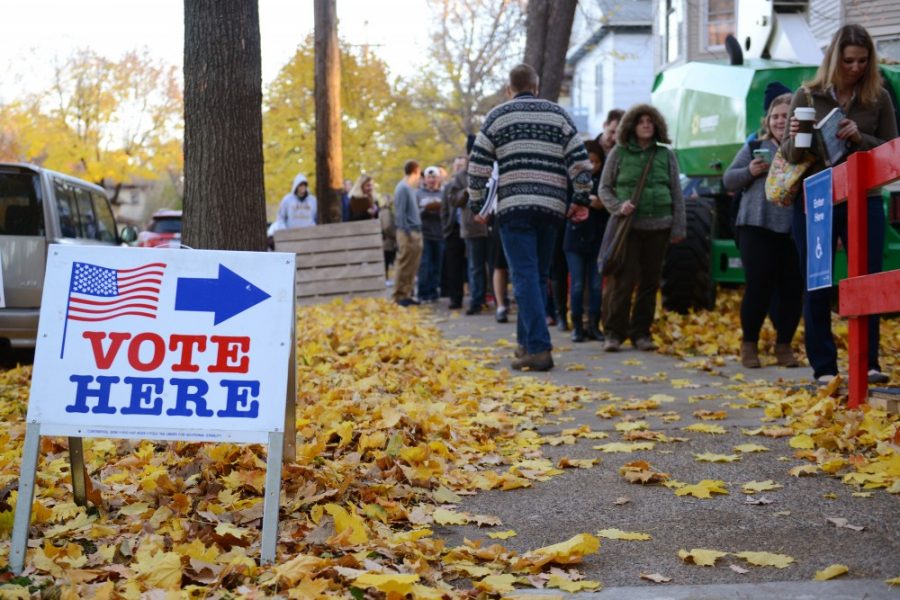 Voters line up outside of First Congressional Church in the Marcy Holmes neighborhood on Nov. 8, 2016. Polls opened at 7 a.m. and hundreds of voters came out early to cast their votes.

The University of Minnesota has garnered national attention as multiple prominent names pushed for the campus to have easy access to early voting.

The LetUMNVote hashtag has been shared by Rep. Ilhan Omar, former presidential candidates Elizabeth Warren and Cory Booker, and various celebrities in recent days, advocating for Minneapolis to add an early voting location on campus. In 2018, the Fieldhouse was home to an early voting center for seven days before the election. This year, the closest poll open prior to the Nov. 3 election will be more than a mile and half from Northrop Auditorium because of confusion caused by the pandemic and legal restraints.

“Students walking to and from classes could swing in and vote, and it was fantastic,” Miller said.

Fair Fight, a Georgia-based national voting rights organization, urged Minneapolis in an Oct. 5 tweet to give University students an on-campus early voting location after the University of Georgia announced its own on Sept 17.

We should make voting easier, not harder. Every American deserves to have their voice heard in this election, especially the young people who represent our nation's future. I hope Minneapolis expands on-campus voting this year and that other colleges will do the same. #LetUMNVote https://t.co/DuKauH8J8i

Minnesota statute requires that early voting centers are designated at least 14 weeks before the election, which would have been in July. At that time, the city was unsure if the University would have students on campus and could not justify the cost of having an additional location, Miller said. By the time the University decided to bring students back, it was too late to designate a location.

City spokesperson Casper Hill said that regardless of how well-intentioned the underlying cause is, a legal question remains about the city’s ability to provide an early voting center on campus.

The issue prompted the Minnesota Student Association, the University’s student government, to release a letter to University President Joan Gabel requesting that the school provide a facility that could be used for early voting, excuse voting-related absences and provide funds for student rides to the polls.

MSA is calling on the University to find a facility that would not strain the city’s budget significantly, said Bri Sislo-Schutta, MSA’s director of government and legislative affairs.

The undergraduate student government is offering to reimburse students who use ride-share apps to get to the polls and requests that the University match their financial efforts.

“We’re still working on trying to find a solution on transporting students from campus to polling locations,” Miller said.

As of now, there are two in-person early voting locations within a couple of miles of the Minneapolis campus: Minneapolis Early Vote Center at 980 E. Hennepin Ave. in Southeast Como and the Hennepin County Government Center in downtown Minneapolis.

Besides the Southeast Como voting center, the only option within 5 miles for St. Paul students is the Ramsey County Library in Roseville.