Michele Redman announced her retirement from the Gophers’ women’s golf program. She said the time she’s had at home has been eye-opening and she’s ready for a new chapter. 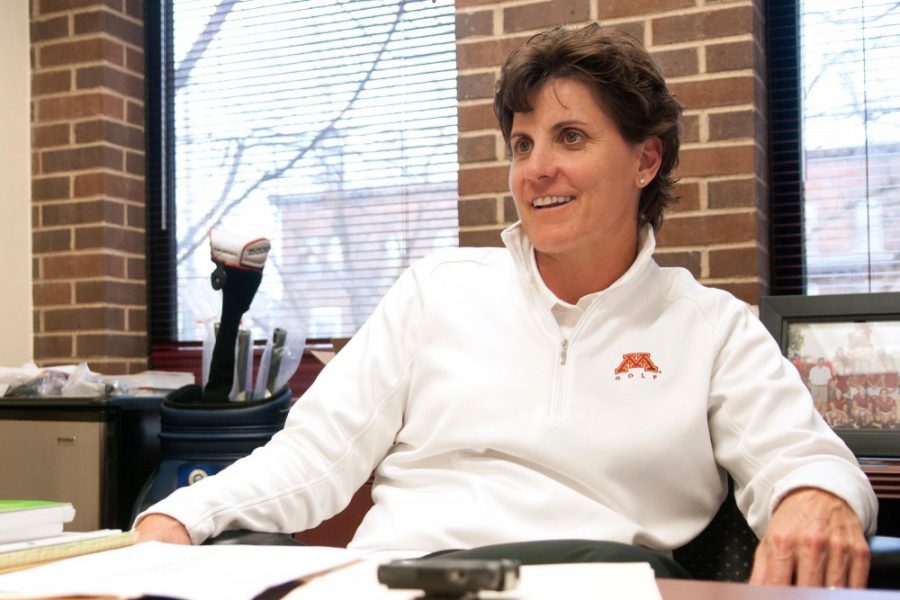 Gophers’ women’s golf coach Michele Redman announced she will retire in January 2021, after a 10-year coaching career at Minnesota.

In a statement, Redman said the decision was not easy, but she was proud of what was accomplished under her tenure, including the new golf facility. She said she’s ready to “hand the reins to someone else.”

“The last several months have been eye-opening on how much I missed at home because of my career,” Redman said in a statement. “This is the longest I haven’t been on an airplane in 40 years and it’s been a nice change. I’m ready to take that next step.”

Athletics director Mark Coyle said the department will soon begin a national search for the program’s next head coach.

“I want to congratulate Coach Redman on her retirement… I want to thank her for her service to Minnesota and wish her well in retirement,” Coyle said in a statement.

While the future is bright for women’s golf, the announcement comes as smaller sports at the University – men’s gymnastics, men’s indoor and outdoor track and field and men’s tennis – are facing cuts. According to the Star Tribune, Redman was one of seven Gophers’ coaches who had a “program elimination” clause in their contract. Mike Burns and Geoff Young of the men’s gymnastics and men’s tennis programs also had program elimination clauses in their contracts.